An upcoming exciting and large-scale project will be the conservation stabilization and repairs for glazed tile murals of farm animals that adorn the entrances to the Livestock Exhibition Barn at the Will Rogers Memorial Complex in Fort Worth. Robert Lodge, the art conservator at McKay Lodge Conservation Laboratory most involved with mosaics and tile murals, provided an in-depth condition study of these tile murals in September 2011. Since then, structural issues with the building were being addressed. It is now time to address the condition of these fine murals. 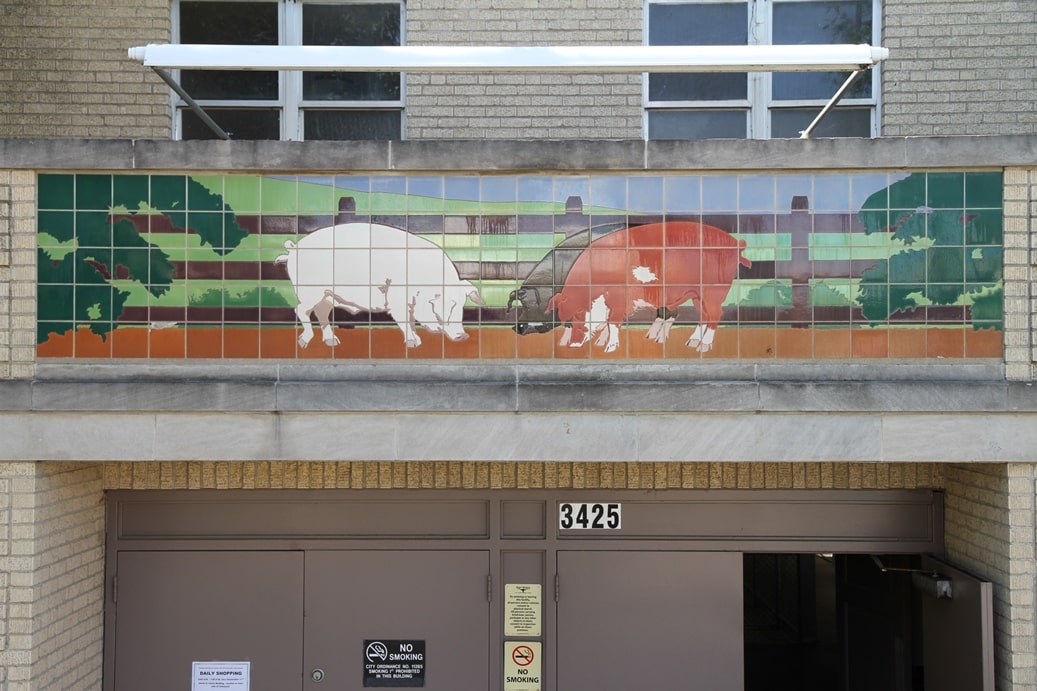 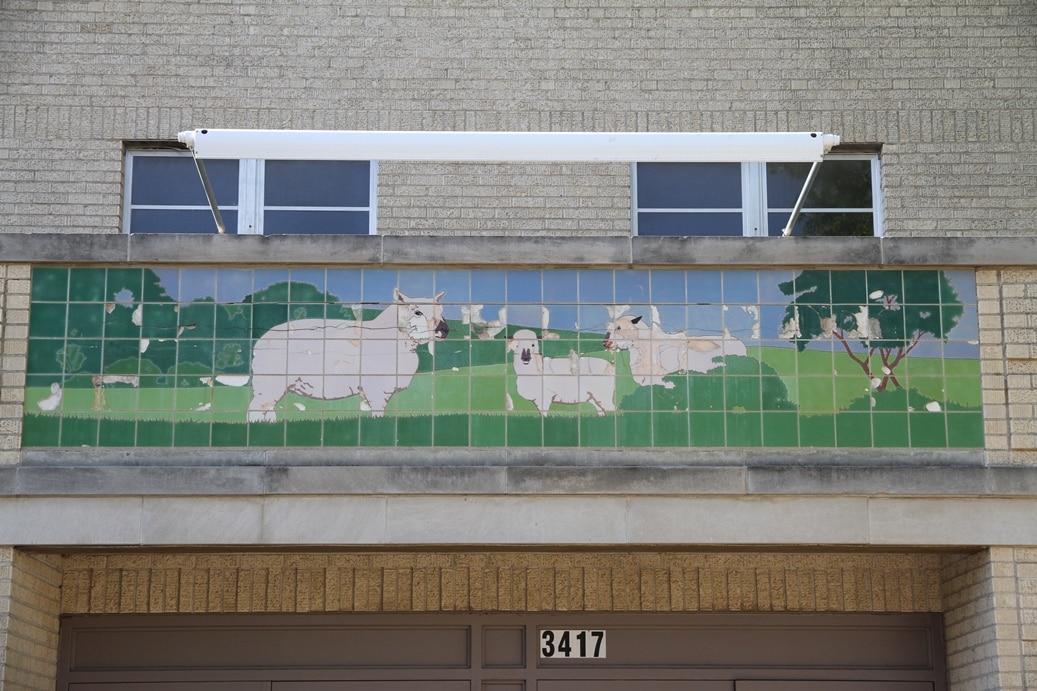 As a result of the condition study of 2011, a detailed plan for treatment involving stabilization, repairs and restoration of undamaged appearance has been prepared and is ready for execution. The tile mosaic conservation work includes stabilization and waterproofing of their support walls.

These tiles were made by the Mosaic Tile Company which was principally located in Zanesville, Ohio. The company had another facility in Matawan, New Jersey. The designs are by Kenneth Gale, a long-time artistic director at the Mosaic Tile Company. Zanesville, Ohio was a highly regarded and very active center for clay products due to the quality and abundance of its clay products. The company through its various owners produced tiles and three-dimensional ceramics from 1894-1967. The company officially closed in 1972. 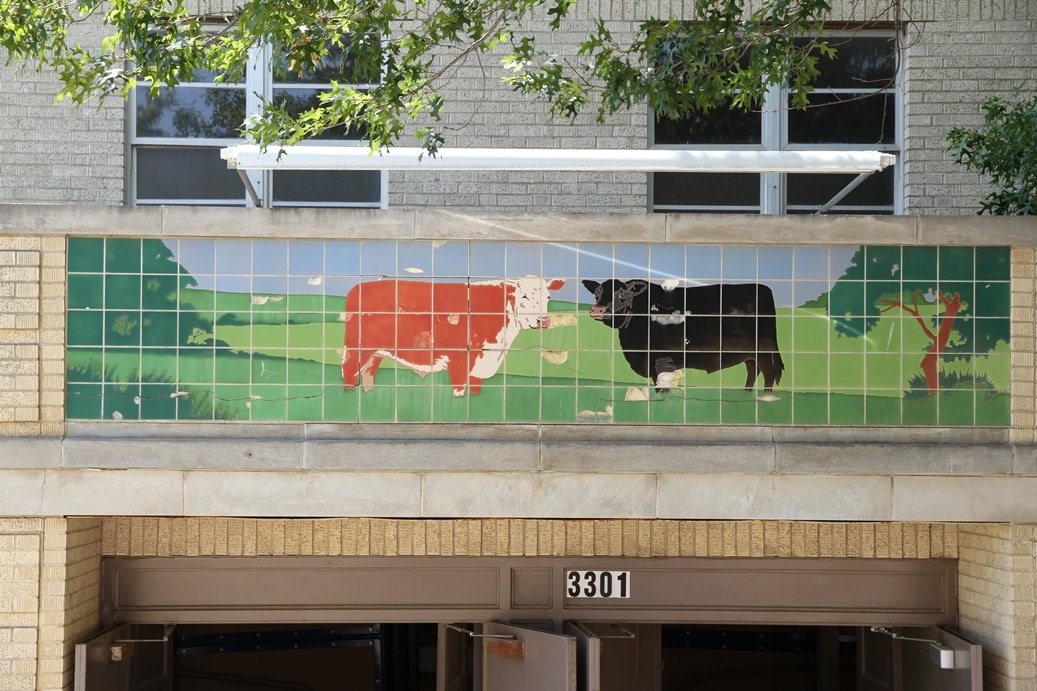 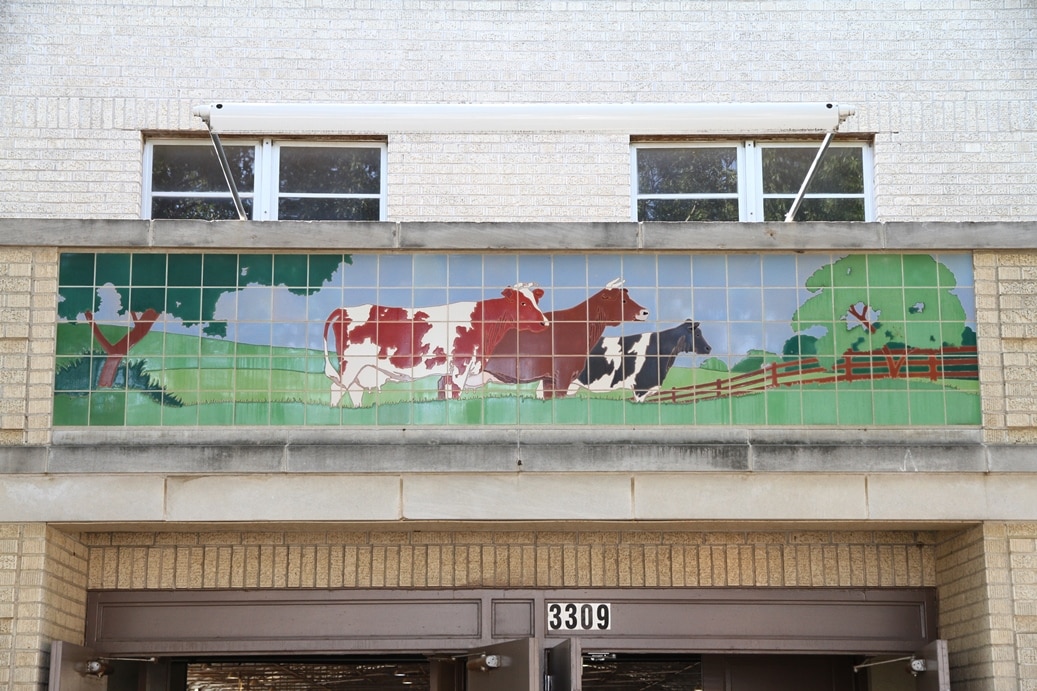 The Mosaic Tile Company was noted for its modern imitation of faience, producing highly glossy, brilliantly colored transparent glazes. These characteristics are evident in the tiles of the livestock exhibition barn murals.

Other outdoor murals made of glazed tiles by the Mosaic Tile Co. have endured the exposure very well. The damaged condition of the tiles in these livestock murals appears to have no cause by low quality, or faulty materials. The tiles and the glaze materials are hard and strong. All damages appear to have been caused by water pressure and water freezing in the support walls, water saturating the tiles from behind and freezing, and jacking of the blocks in the walls. 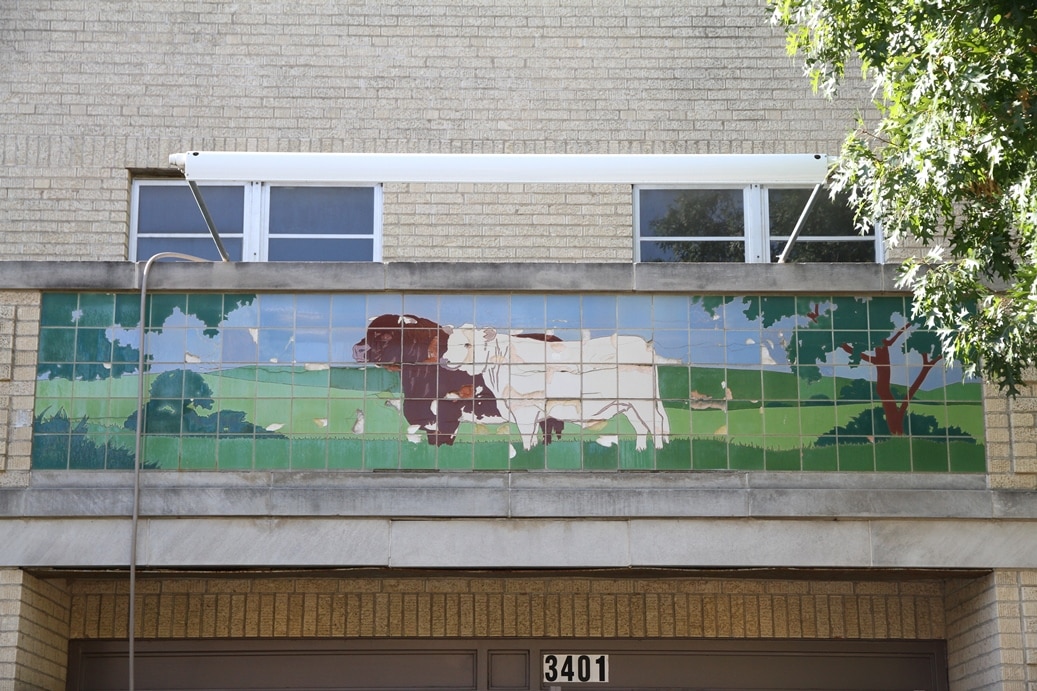