History of the Cleveland Area Business

The company now operates from a large campus of three principal buildings with substantial outside work areas and truck (semi-tractor trailer) access and a fourth storage building, all comprising the state-registered Ohio Conservation Center. 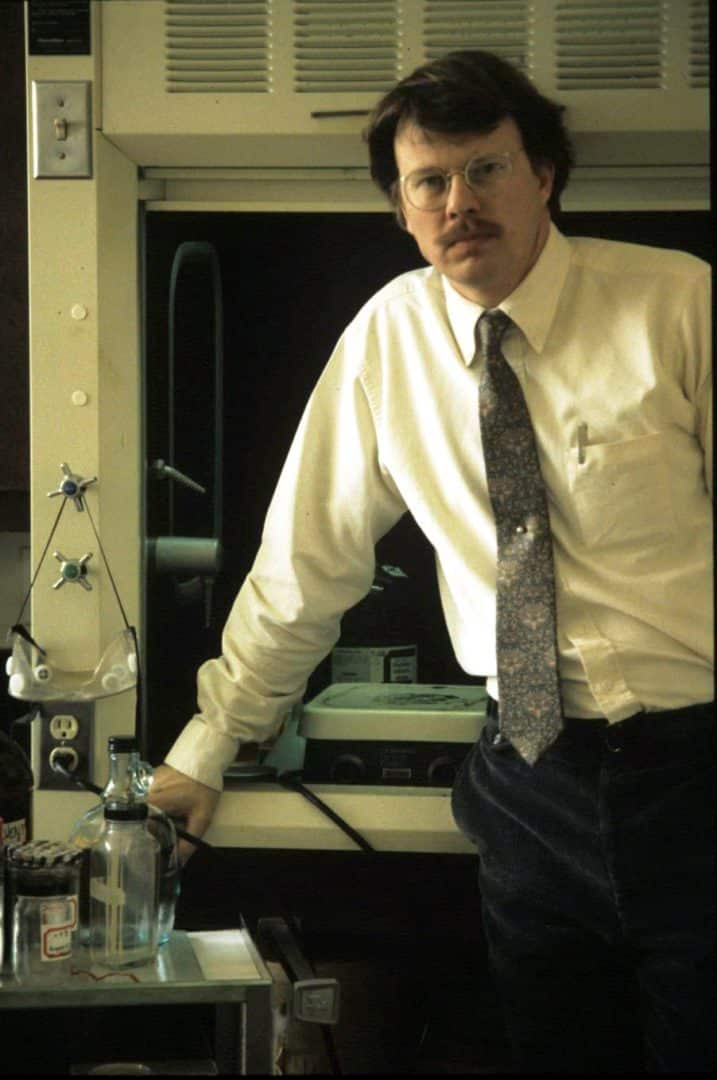 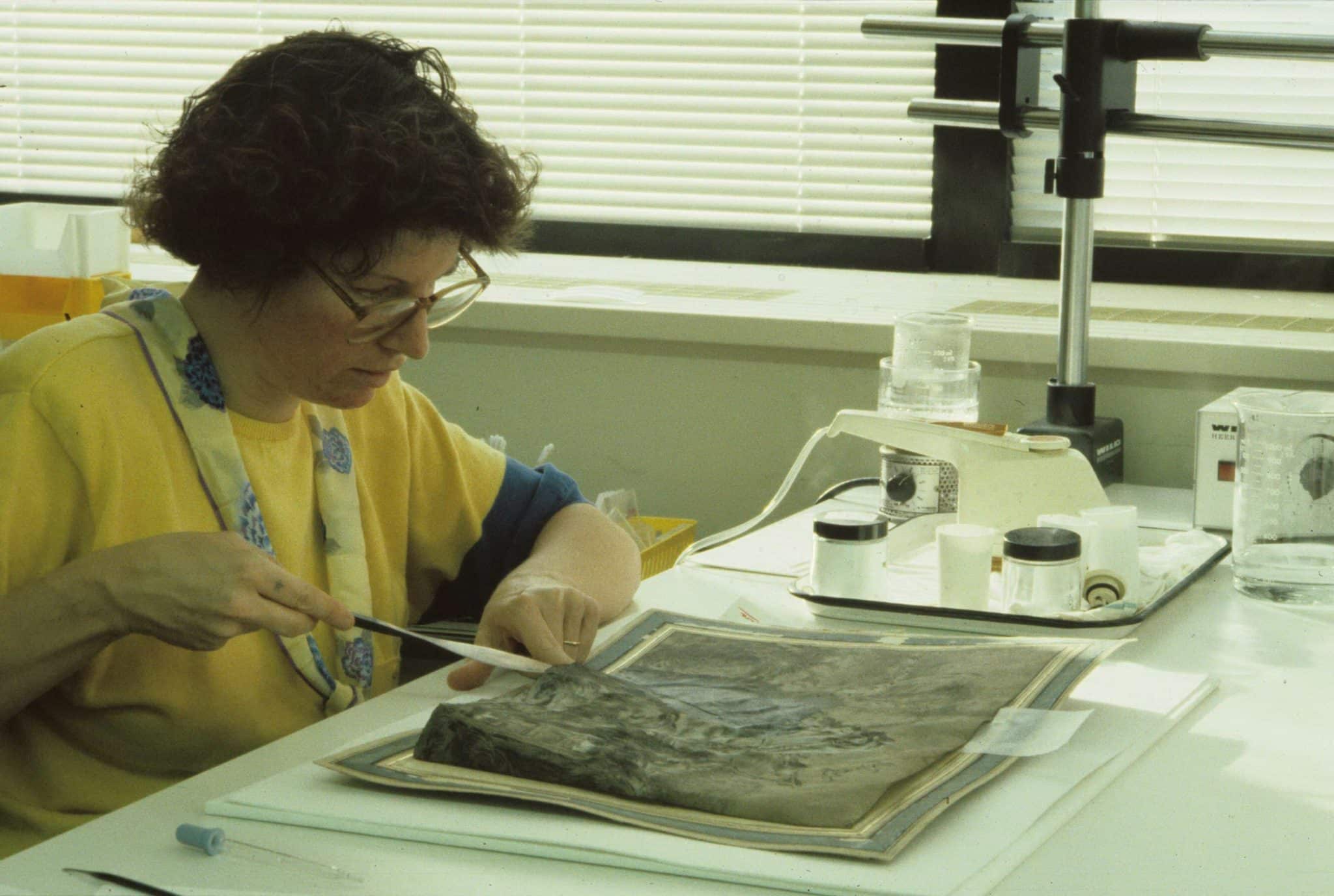 The goal of their new company was to duplicate the art conservation services, research and educational programs of a regional conservation center but entirely through self-funding from earned services revenue – eliminating the dependency on grants and the expenses of the staffing and time to solicit such outside funding. Through hard work, success through respect earned for its high quality and efficient services, and through the high volume of services that its reputation has made possible, it has achieved that goal.

The scope of services, facilities, and diversity of the conservator staff expertise have long ago far surpassed those of the not-for-profit organization they left behind. Average gross revenue purely from art conservation services rendered over the five years of 2012-2016 has nearly reached 2 million dollars ($1,959,410.60), 2017 gross revenue strictly from provided conservation services will exceed 3 million dollars, the average number of conservation projects during that five year period exceeded 350, the number of full-time staff has grown to twelve (12), and the company sees ahead only increased capabilities in providing paper conservation, paintings conservation, objects conservation and sculpture conservation. The largest activity of the company is the conservation of outdoor sculpture. Our outdoor sculpture conservation projects take place all over the United States, largely through contracts with the U.S. General Services Administration (GSA).

The conservation of paintings, objects and art or documents on paper to Cleveland and the larger region remains a core service area, traditional to the company, but the greater growth it sees for itself is in providing specialty art conservation services for outdoor sculpture and for the highly diverse-in-materials Public Art collections nationally. The company is a participant in the Public Arts Network (Americans for the Arts). To that end the company invests in continuing education of its staff in a variety of industries including concrete, metals, and industrial coatings. The company also can afford to invest heavily in new equipment, some used in emerging conservation technologies, to the benefit of its clients.

A significant part of the company’s mission beyond treatment services is self-funded ongoing research by staff, dissemination of information to the public, education of our clients, training through student internship opportunities and pro bono services, donated services where warranted, as well as financial support in the arts. Service revenue profits are fully sufficient for the purchase of new equipment and for all general operating expenses. These are all possible simply through earned revenue from conservation services. No grants are necessary. McKay Lodge Conservation Laboratory participates as a good corporate citizen in the arts though annual charitable giving to various not-for-profit arts and historical organizations.

In addition, the company is a general contractor, accomplishing some of its larger projects through coordinating subcontracted trades and professionals beyond those of OCA.

Our buildings comprise a large campus – a portion of a 50-acre farm 4 miles north of the small college town of Oberlin, Ohio and one hour or less drive from downtown Cleveland. For 30 years (since 1990) this has been an incredible concentration of art conservation for the City of Cleveland, Northeast Ohio, and Ohio region. It has also been a national center for art conservation through various government contracts. 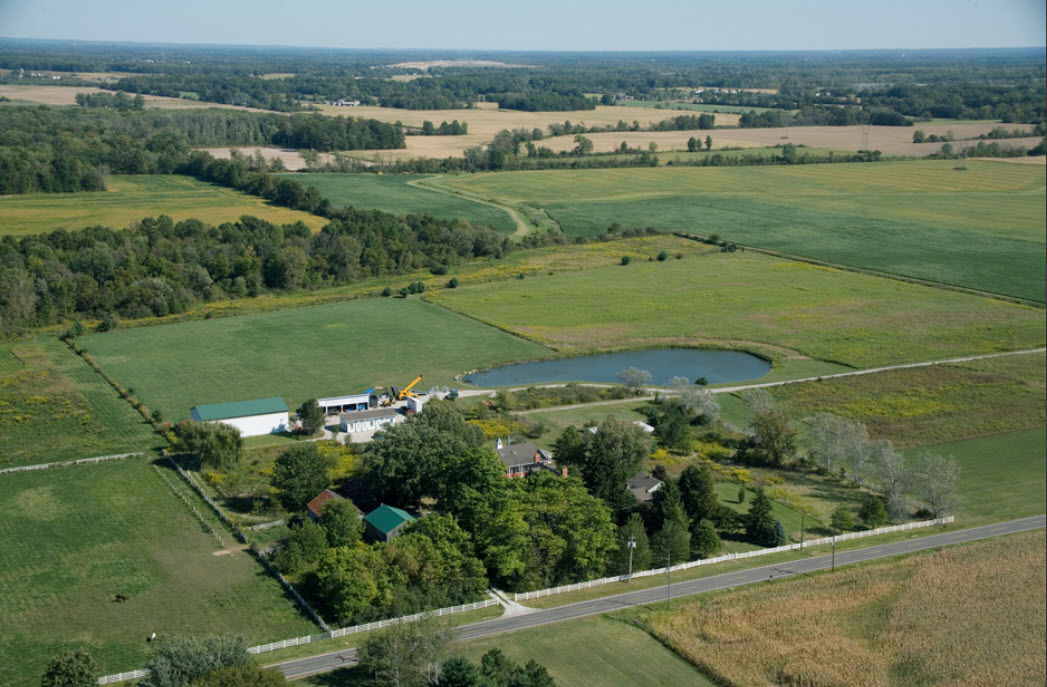 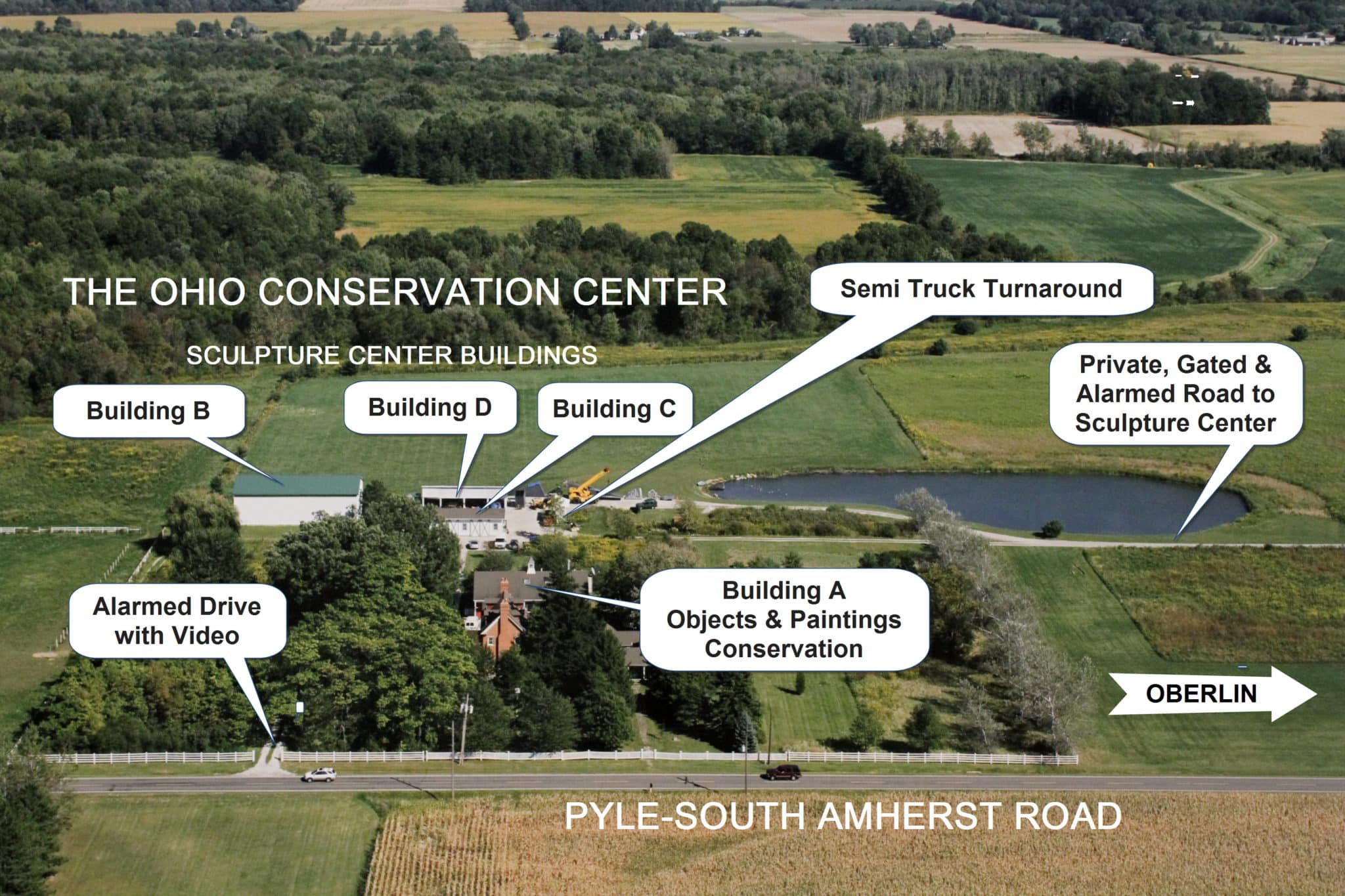 The company received in 2005 a Certificate of Competency from the U.S. Small Business Administration (Case: COC-05-22183) allowing it to qualify for a large dollar amount federal contract.

The SBA Certificate of Competency is only applicable as a qualification determination for a specific large federal contract. We are proud to have passed the extremely thorough and broad scrutiny (defined below) that the SBA implemented in 2005. We leaped a very high hurdle then, and certainly have only improved since.

The requirement is stated in the following Federal Acquisition Requirement (FAR):

FAR Subpart 19.6—Certificates of Competency and Determinations of Responsibility:

(a) A Certificate of Competency (COC) is the certificate issued by the  Small Business Administration (SBA) stating that the holder is responsible (with respect to all elements of responsibility, including, but not limited to, capability, competency, capacity, credit, integrity, perseverance, tenacity, and limitations on subcontracting) for the purpose of receiving and performing a specific Government contract.

During the previous 30 years of providing conservation services, the company has retained its initial focus on paper conservation, paintings conservation for regional museum and institutional fine arts collections.

Yet over time, there has come a growing involvement in contract conservation for federal, state and local government collections. With additions of professional staff and substantial expansion of the facilities and equipment, it grew to be especially active and known in the conservation of architectural features, wall paintings and murals, mosaics, sculpture, outdoor sculpture, public art, monuments, metal artifacts and objects, and modern and historic fountains. Most of these latter services take place on location at various institutions and sites all over the United States.

Our company offers a comprehensive list of conservation services that can be completed on-site anywhere in the United States, or at our lab facilities located in the Greater Cleveland Area. Our conservators can travel to perform conservation assessments, CAP/MAP surveys, and treatments.

Our well-equipped shops and highly-trained staff allow us to provide specialty services including but not limited to:

Our staff maintains a knowledge of OSHA safety regulations. We have in place ready to make applicable to specific locations a Space-Specific Written Compliance Program for Permit-Required Confined Spaces  and fully meet 29CFR1910.146.

Every field staff member is also trained for the use of aerial lift equipment and they are capable in the operation of fork lifts and telehandlers.

Other Shop Services and Equipment 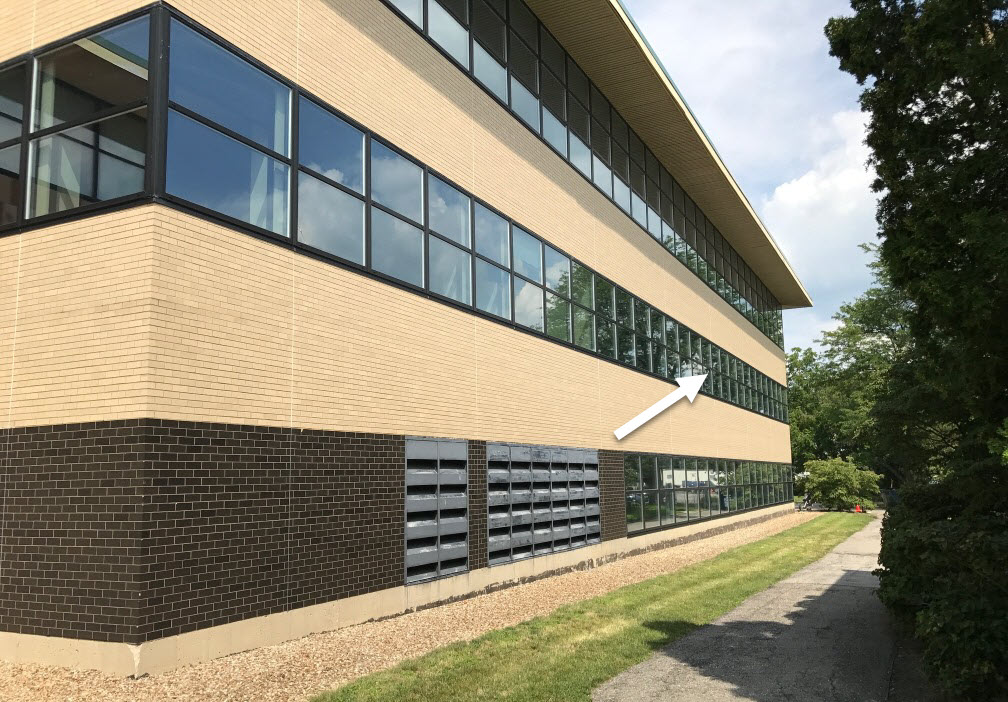 The little town Oberlin, Ohio (not shy of many “firsts”) has been an important host to the modern profession of art conservation for the past 64 years, since 1953, and continuing in that role today through McKay Lodge Conservation Laboratory, Inc.

Like a missionary outpost in the provinces, it was the “first” leap out into the United States of the principles and practices of the conservation of art that had been largely contained within the old eastern museum institutions such as the Fogg Art Museum of Harvard University, the Brooklyn Museum of Art, and both the Freer Gallery of Art and the National Gallery of Washington, DC, starting in the 1920’s. There and then, particularly at the Fogg Art Museum, modern conservation was developed as a merging of the work of restoration with the goals and ethics of preservation and applied to the care of museum collections. Much of the practices, the secrets-holding and the bizarre materials of “restorers” of past times had been abolished. Science was infiltrating the work. Research became essential to practice.

Rutherford John Gettens, chemist at the Fogg Art Museum since 1928; Chief of Museum Technical Research at the Fogg from 1949; established the Technical Library at the Freer Gallery of Art in Washington, DC in 1951; appointed head curator of conservation there in 1961; retired in 1968 and continued consulting until his death in 1974.

George L. Stout, graduated from Harvard University in 1926 and became a conservator and lecturer at the Fogg Art Museum in 1926; became the head of conservation there in 1933 and held that position until 1947. Interestingly, George Stout was one of the “Monuments Men” (Twelfth Army Group, Monuments, Fine Arts and Archives section), his role fictionally played by actor George Clooney in the 2014 film The Monuments Men.

Late in 1951, five museums in the Midwestern United States held a conference at the Albright-Knox Art Gallery in Buffalo, New York to discuss joining together to share an art conservation facility and a conservator to serve their collection as none of the participants were in a position to maintain their own. The group engaged Richard Buck from the Fogg Art Museum as consultant.

The original group of five participants and their museums were:

The Davenport Municipal Art Gallery (later the Davenport Museum of Art) joined shortly later forming the sixth founding members of what would become a conservation consortium.

In 1952, Oberlin College’s Allen Memorial Art Museum, one of the six in the consortium, offered space in its art department building behind the museum as an initial conservation facility with Richard Buck as the appointed conservator who would serve in that capacity for over the next 20 years (1952-1972). The location in Oberlin was rather geographically central to the group. The space occupied was what is now the school’s print studio. Work on the consortium’s collections began in that same year, 1952, and included condition surveys to help sort out the museum’s priority needs.

Eventually a distinction developed between grant-funded educational programs and initiatives on the one hand, and services and their revenue on the other, with the latter divided into member and non-member services. Oberlin-based ICA organization grew by providing services outside of its membership. By 1955 one fifth of its service income was derived from “non-member” service revenue.

More institutions were added to the collaboration over the years, up until a peak in 1986:

1982 Museum of Art of the Carnegie Institute joins

The field of conservation has changed drastically since that peak in 1986. Some of the members established their own in-house conservation facilities with staff and left the association. Others turned, instead, for education and services needs to the growing numbers of private practices, some now larger in capacity than the ICA of that time, such as the Chicago Conservation Center and McKay Lodge Conservation Laboratory. Available services from privately owned and operated centers has mushroomed.

In 1956, Richard Buck published “An Experiment in Co-operative Conservation” Studies in Conservation, Vol. II, April. And in 1972 Richard Buck left the Intermuseum Conservation Laboratory as its director and established a second model of collaborative conservation in Balboa, San Diego, California in 1975. Based on these, the National Endowment for the Arts became instrumental in funding the start-ups of many other such centers throughout the United States, which became known as Regional Conservation Centers; as of 2017, there were 14 regional centers in an alliance.

Other milestones in Oberlin associated with the Intermuseum Conservation Association were:

From 1970-1978 Oberlin College offered a Master’s Degree in art conservation using the ICA facilities and staff. This program ended when it was deemed to be interfering with ICA’s commitment of services to its members.

1974 construction of a new wing of the Allen Memorial Art Museum to its south gave a new home to the ICA facilities. The location of the paintings and paper conservation studios are marked with an arrow in the pictures above. ICA raised $520,000 for the effort in exchange for 4,800 square feet of occupancy rent-free on a long-term lease, less any maintenance expenses.