Emmett Lodge, Conservator and Industrial Coatings Inspector, and Curtis McCartney, Conservation Assistant, of McKay Lodge Conservation Laboratory took a walk in Lamont Park for a recent Public Art conservation treatment in Washington, DC. Lamont Park is located at Lamont and 17th Streets in the Mount Pleasant district neighborhood. Depending on the season, the park has concerts and an open air market on select days, but year round it features an installation by late artist Hester Nelson. 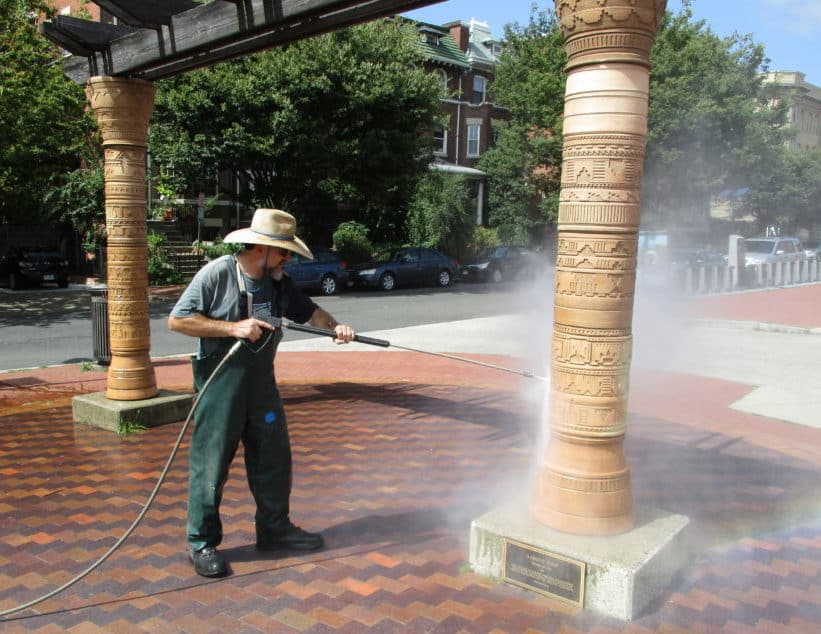 Hester Nelson’s Lamont Park installation includes four public benches, twelve cast concrete medallions inset into the brick plaza, a decorative painted steel fence, and a wall with decorative glaze tiles. Arguably, the most striking component of the artwork are two carved 10 foot ceramic columns holding wood beams that create a trellis; this feature provides a gateway for a winding path to a stage at the other end of the park. Nelson lived nearly her entire life in the Adams Morgan and Mount Pleasant area when her design was selected by the D.C. Commission on the Arts and Humanities in 1994.

In 2017, while the public park installation still evoked the sense of community intended by the artist, it had significant overpaint, failing components, soiled surfaces and materials that had simply reached the end of their life expectancy. 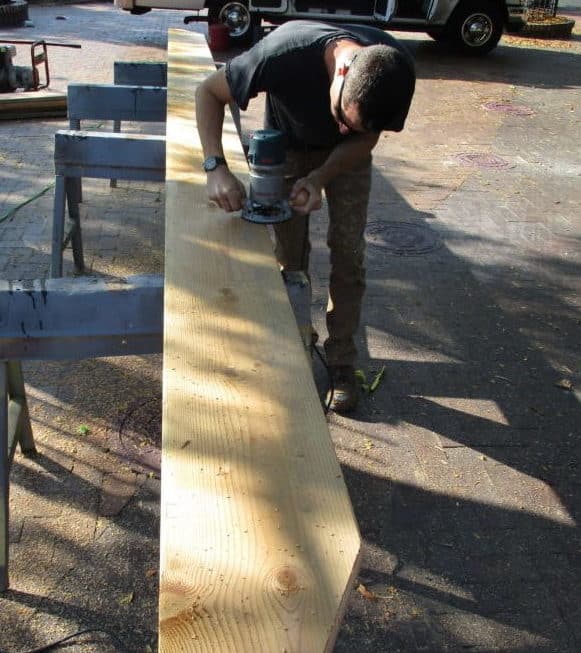 For the public park conservation treatment, a general cleaning of the soiled surfaces was performed by the McKay Lodge Conservation team with steam pressurized water. Elements such as the rotting wood of the benches and overhead trellis were replaced with similar wood components then stained. The concrete supports of the benches also required treatment since they had been painted multiple times over the park’s lifespan, and the current top coat was a black, non-original color. A layer by layer investigation of underlying paint coats revealed the original three colors: purple, yellow, and red. Exterior grade paints were matched to the extant colors and applied according to the color found on the design elements of the benches. 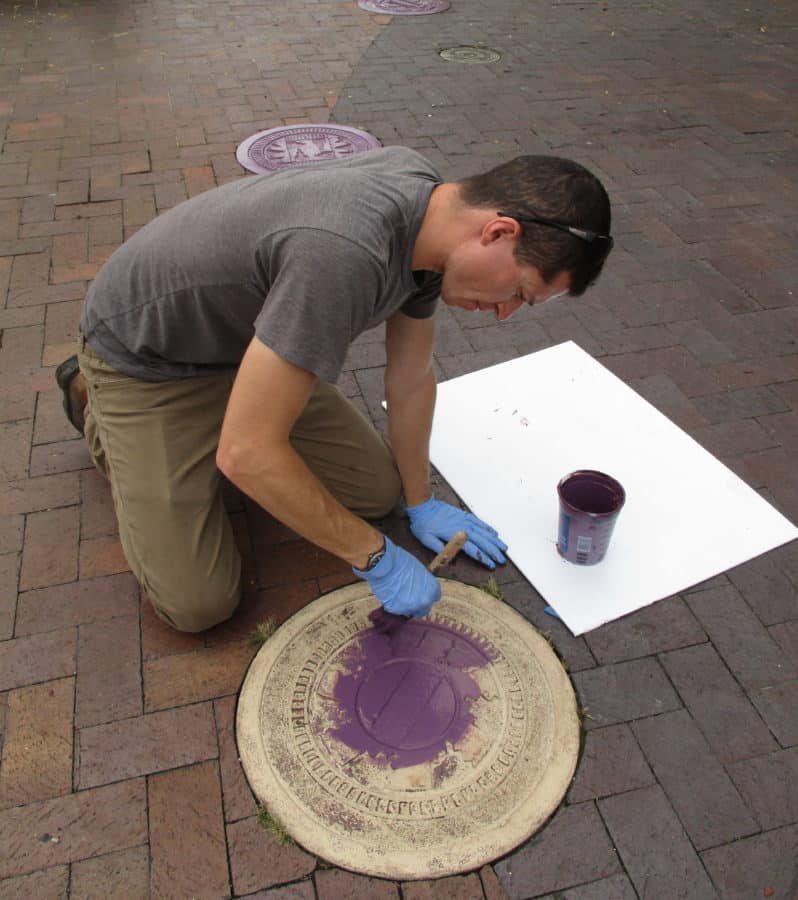 The decorative steel fence was also in good condition; however, it was missing one ornate panel. An adjacent panel was removed to permit duplication of the panel, and both the original panel and the new replacement were welded back into position and painted, wrapping up a successful public park conservation treatment.

If you would like to learn more about Heather Nelson and the Lamont Park installation, please visit the original Washington Post article.

The project was one of our 2017 contract Public Art conservation projects for the District of Columbia Commission on the Arts and Humanities.