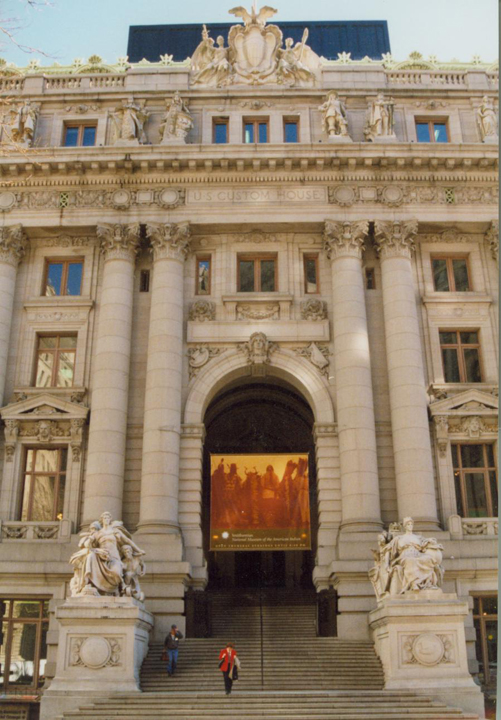 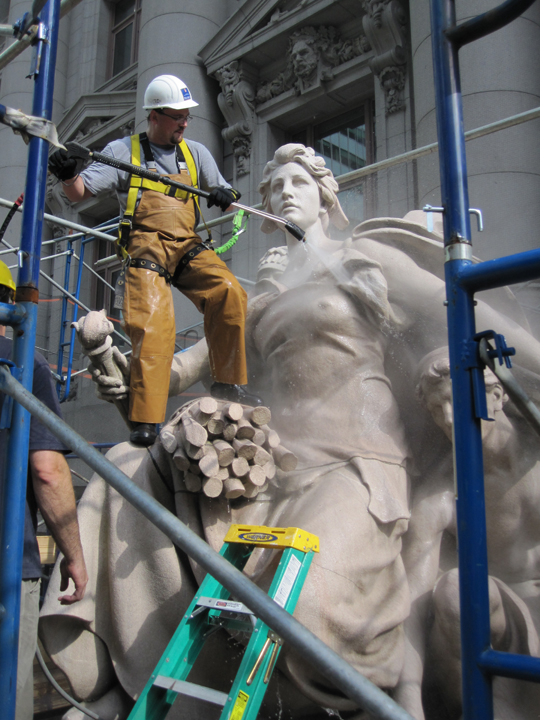 The general condition of the sculptures was fair. The statues exhibited heavily soiled surfaces, covered by layers of grime, biological growth, such as algae, lichens and moss, and accumulations of pigeon guano. The pointing in the joints had reached the end of its life. The mortar was either missing or cracked and no longer provided sufficient protection against water penetration. 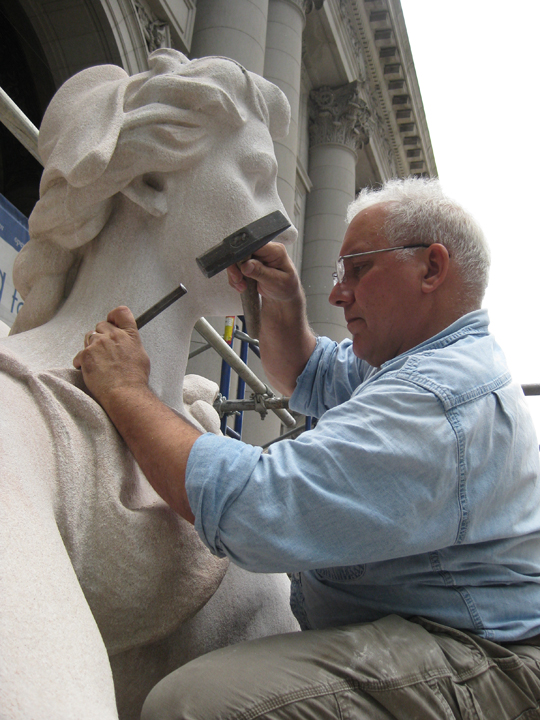 The $199,932.00 project was awarded to McKay Lodge Conservation Laboratory. The McKay Lodge Conservation’s main goal was to clean the soiled sculptures, remove the biological colonization and replace the failed pointing mortar. The old and failing pointing mortar was chiseled out and the debris was removed. The soiling that had accumulated between the blocks of stone due to damaged pointing mortar was flushed away with pressurized water. The soiling removal was preceded by presoaking the sculptures with D/2, a highly effective solution against biological attack that combines the properties of a detergent and a biocide. The sculptures were cleaned with pressurized hot water. 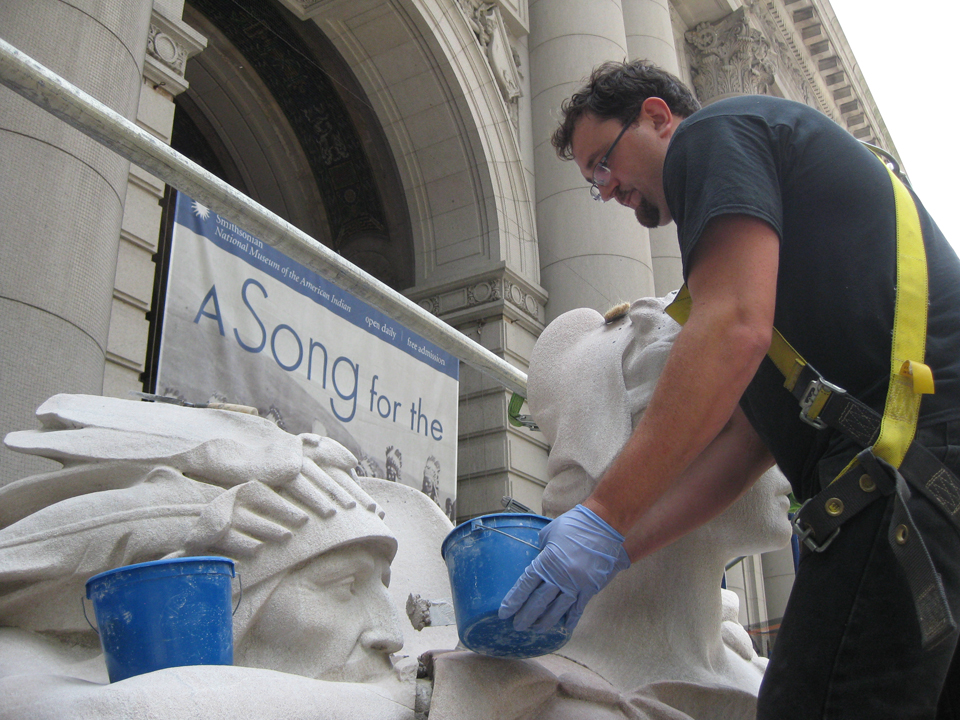 Before the installation of the mortar the joints were filled with foam backer rods. The joints were then pointed with a custom tinted restoration mortar (Jahn /Cathedral Stone Products). The freshly installed mortar was kept moist for the initial 48 hours with masking tape to prevent premature drying. The color of the joints after curing and drying was almost identical with the color of the limestone, so they appeared neutral. 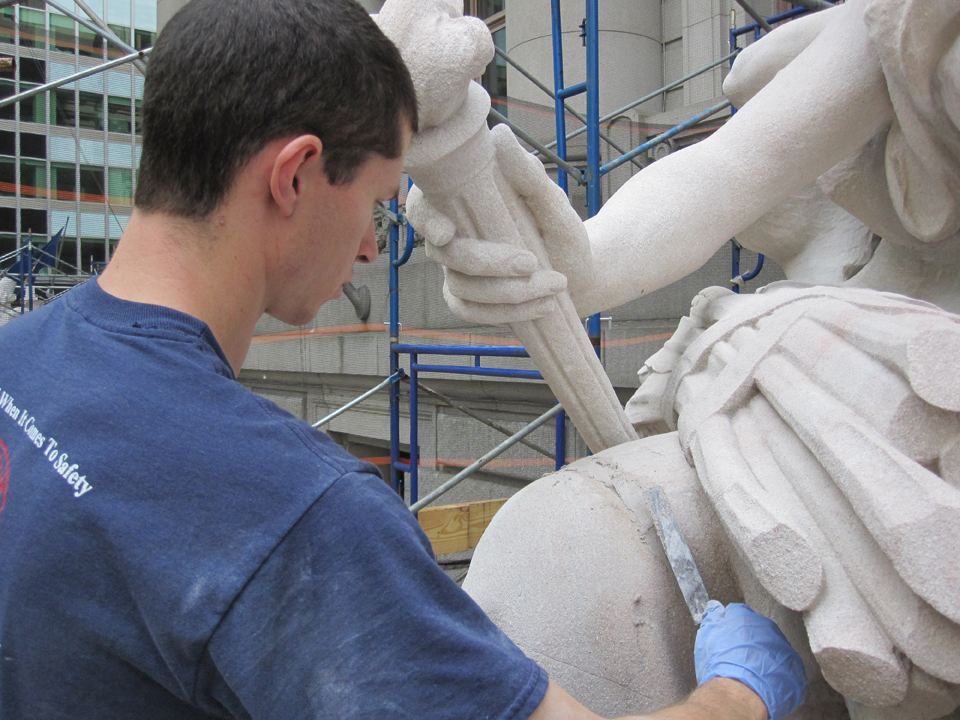 Finally, certain sheltered areas, which had been previously inhabited by pigeons (such as the niche under the belly of the tiger in the Asia sculpture), were covered by stainless mesh barriers. The mesh was cut and formed to tight fit in the opening, so it need not be fastened to the sculpture’s surface. 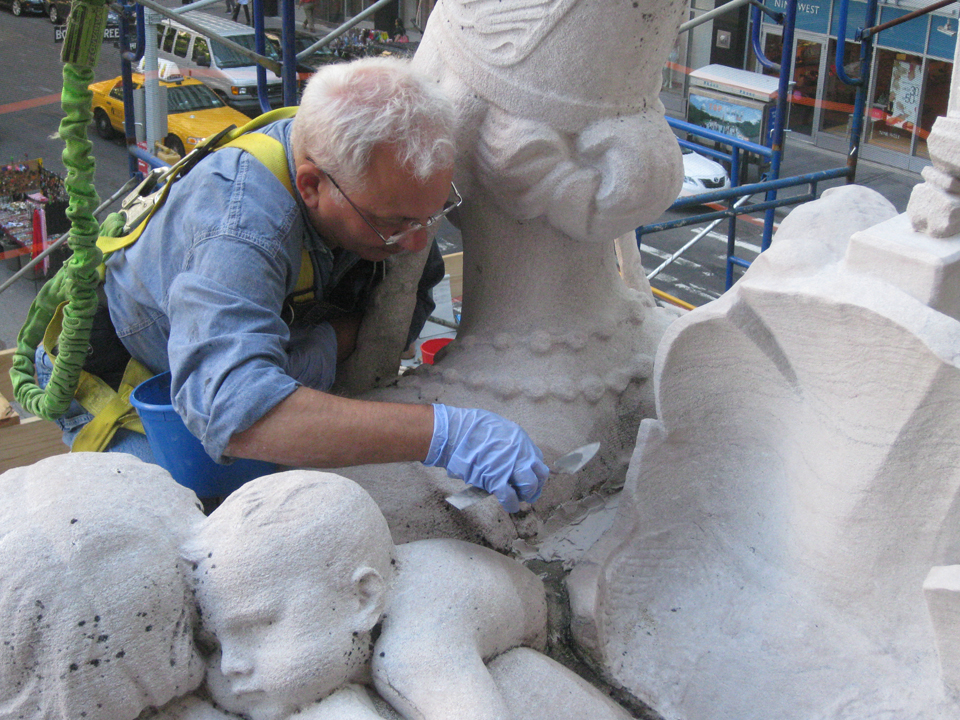 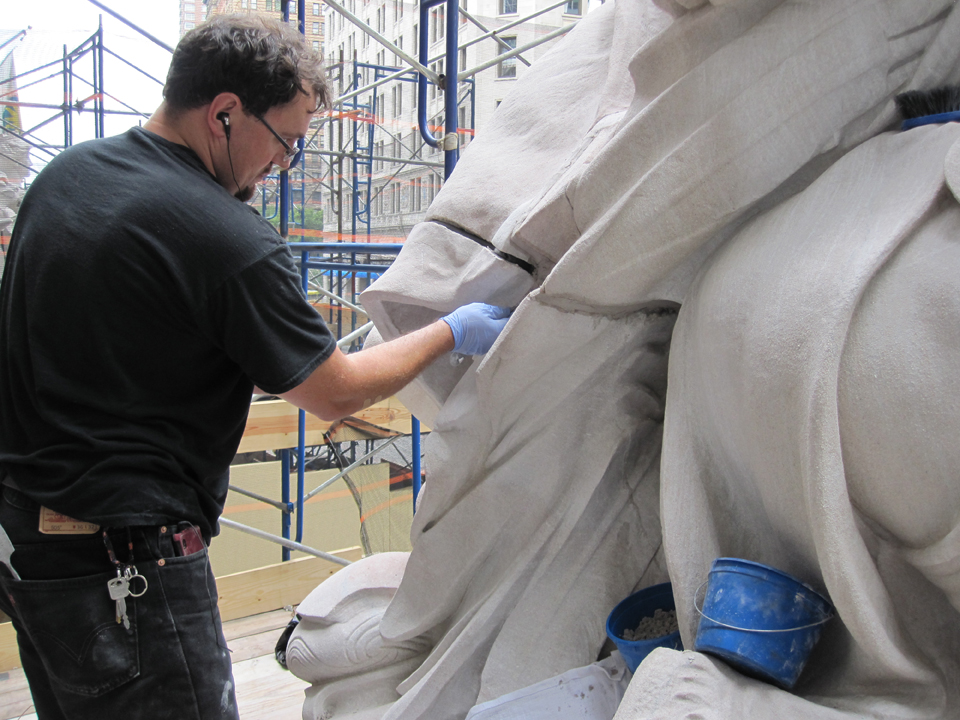 Team members Marcin Pikus, Tom Podnar and Emmett Lodge are all Certified Jahn Products Installers, having been trained and certified by Cathedral Stone Products in the use of their products.