McKay Lodge Conservation Lab was awarded a prestigious conservation project at the Federal Trade Commission Building, located at the eastern end of the Federal Triangle in Washington, D.C. Two monumental Indiana limestone sculptures, each depicting a rearing stallion being curbed by a man, are located on the sides of the semi-round East end of the building. “Man Controlling Trade”, designed by Michael Lantz in 1937, were the last sculptural embellishments created for the magnificent architecture of the Federal Triangle.

The $177,543.00 project also provided similar treatments to the four limestone reliefs over the four entrance doorways.

Below: Conditions before treatment. 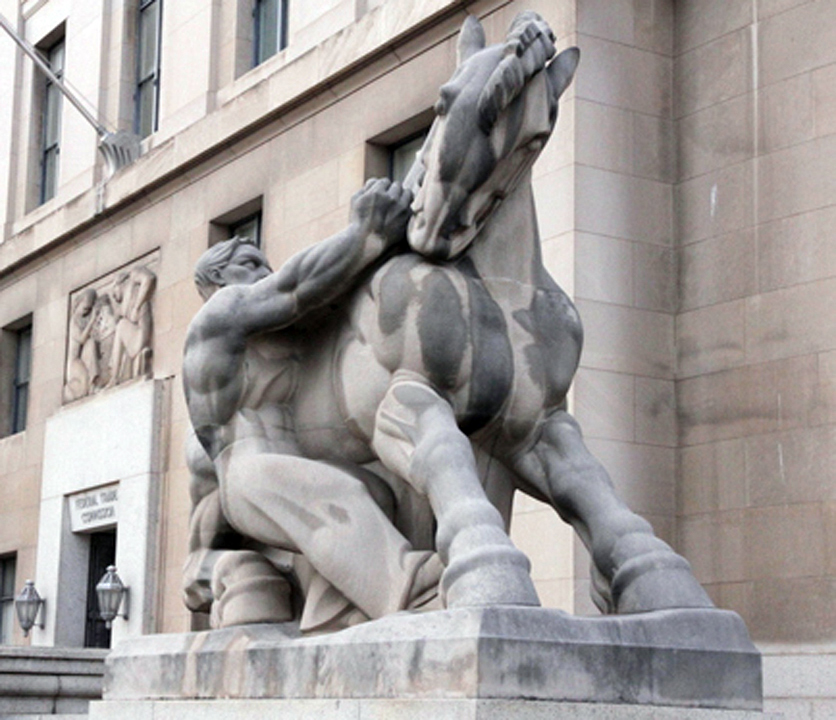 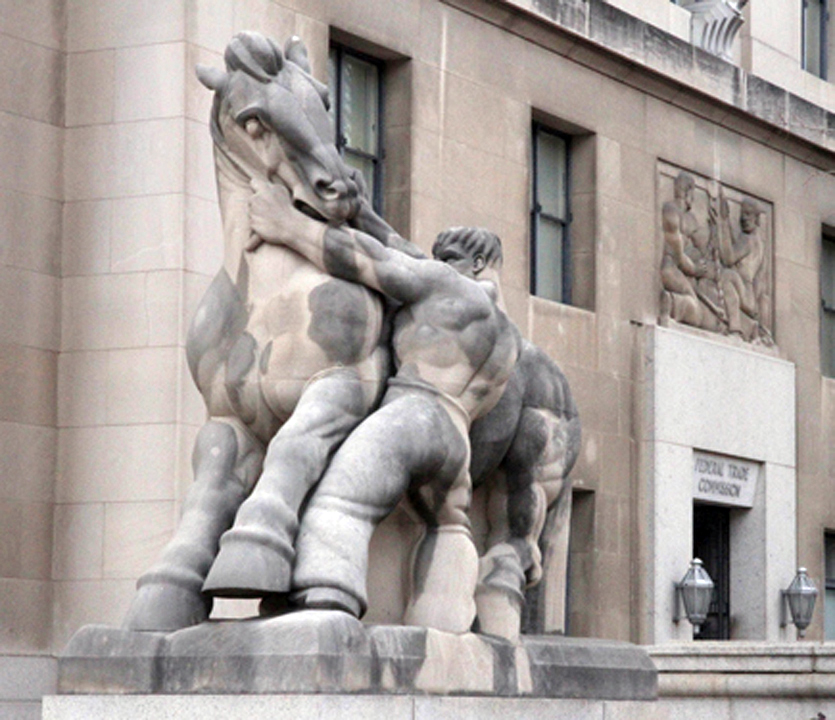 The structural condition of both sculptures was fair; however their appearance was very poor, adversely altered by extensive staining. The goal of the treatment was to safely remove the staining from the limestone surface, repair the few minor stone losses and replace the failing pointing mortar. The discoloration of the limestone was located mainly along rainwater pathways and was identified as a biofilm consisting mostly of microorganisms, such as algae and lichen. Although the layer of the biological growth was not particularly thick, it rendered the naturally creamy color of the limestone dark gray or even black. The most intense staining was located on the north-facing sides of both sculptures. 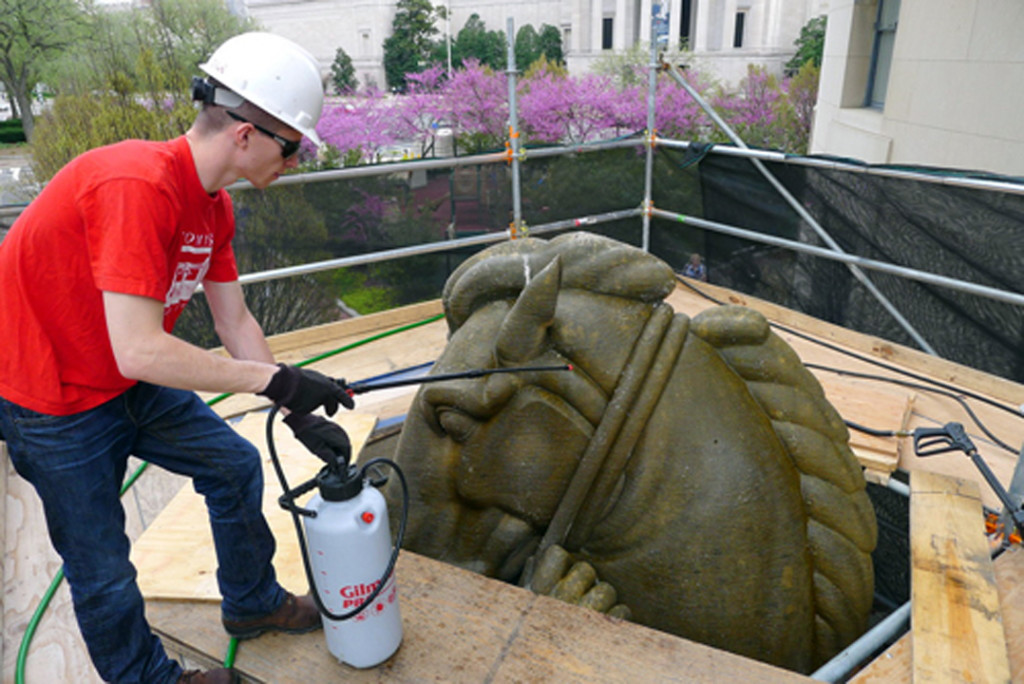 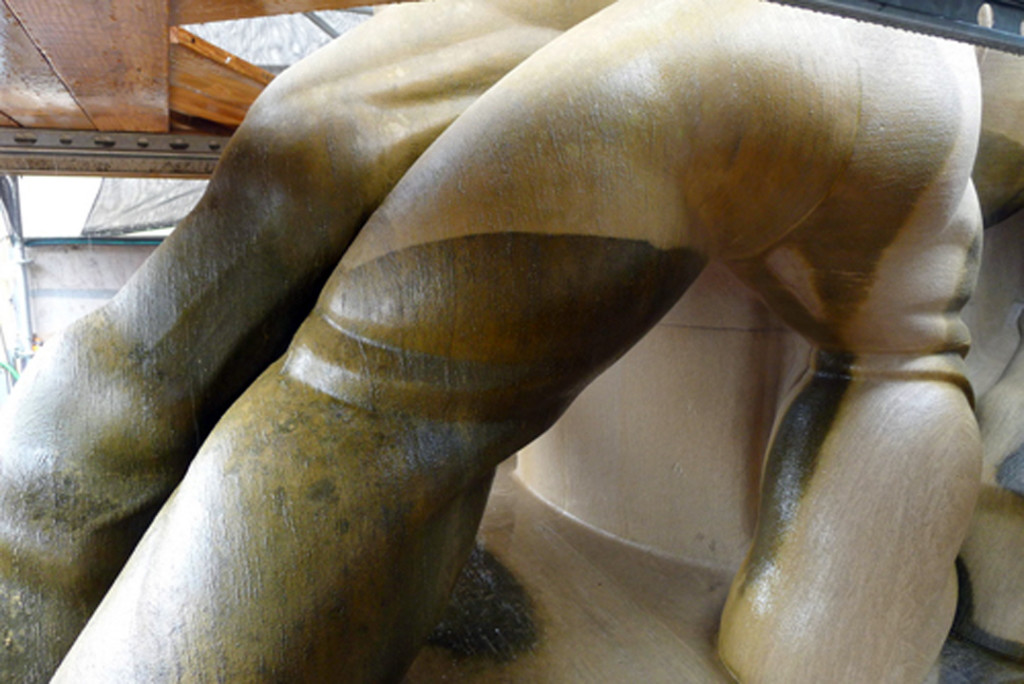 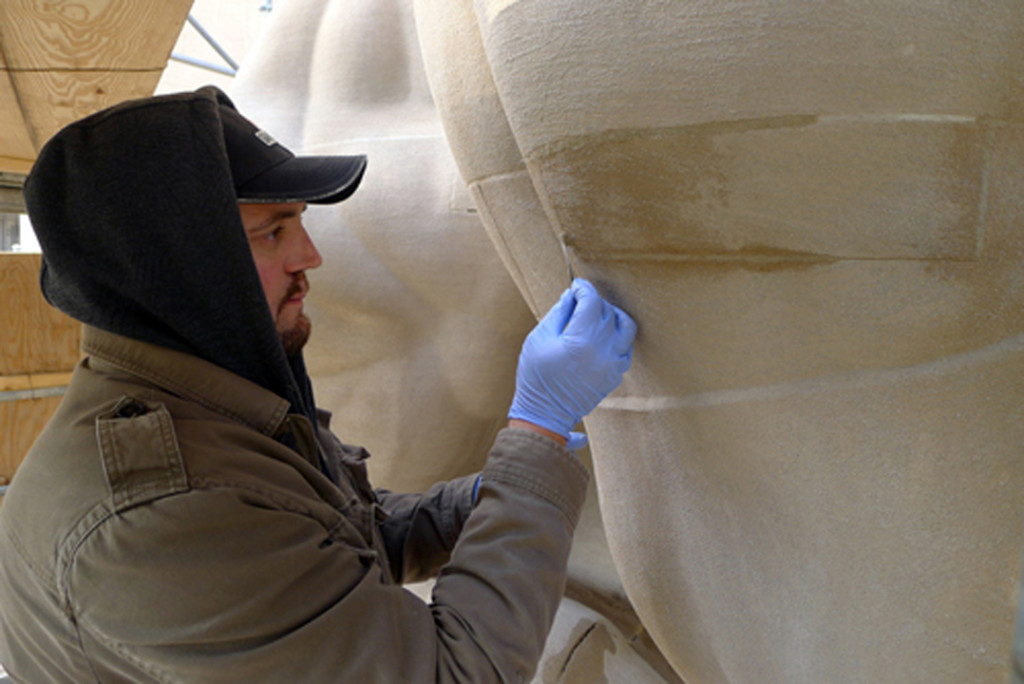 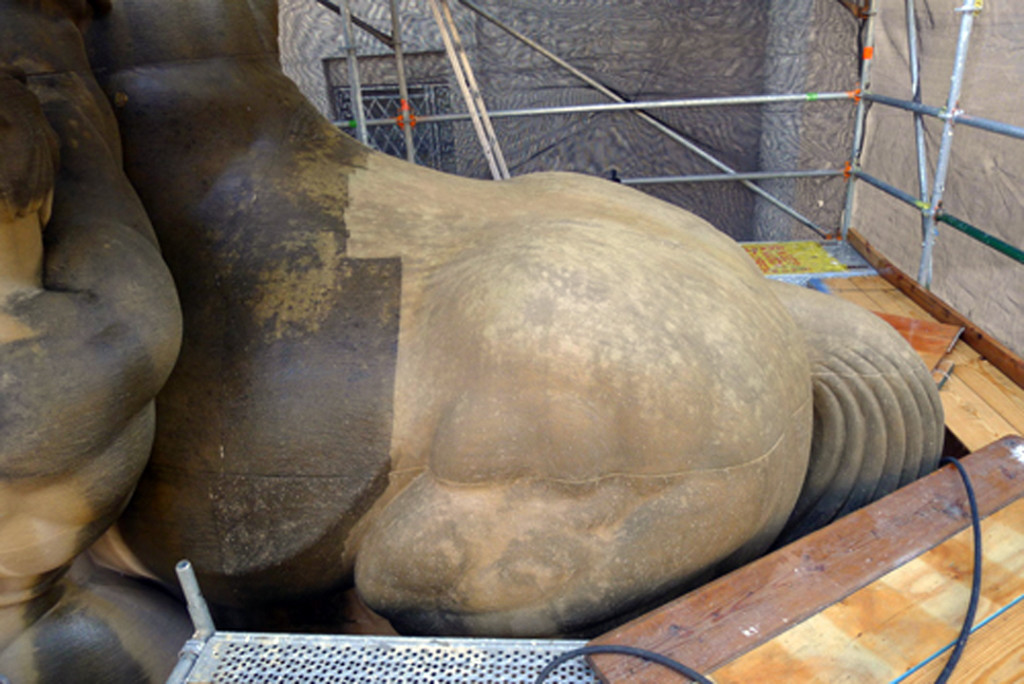 Low-pressure hot water washing combined with an application of a biocide proved to be the best method of cleaning. Various cleaning gels were used as well. While simple sounding, the treatment methods had to be repeated over and over again many times to achieve the desired amount of cleaning. The treatment methods and materials had been worked out after exhaustive testing of all possible safe materials and methods during a condition study. Attempts at cleaning these monumental stone horses has been the subject of previous studies by others.

The fine joints were re-pointed with a mineral mortar adjusted to the original stone’s physical properties. In order to mitigate the process of dissolution of the limestone the sculptures were treated with a limestone hydroxylating agent, creating a fine layer of protective and consolidating minerals (calcium tartrate) within the calcitic structure of the stone.

“Americans at Work – Past and Present,” the collective title of four rectangular reliefs located above the main entrances to the Federal Trade Commission building, were treated in a similar manner.

Below: Appearances after treatment. 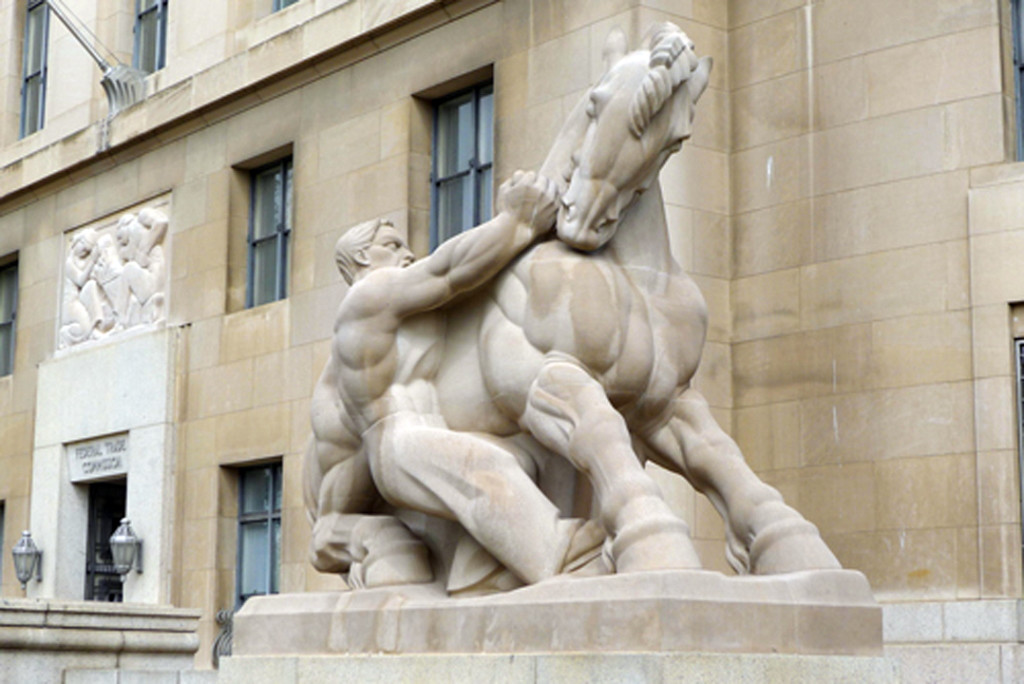 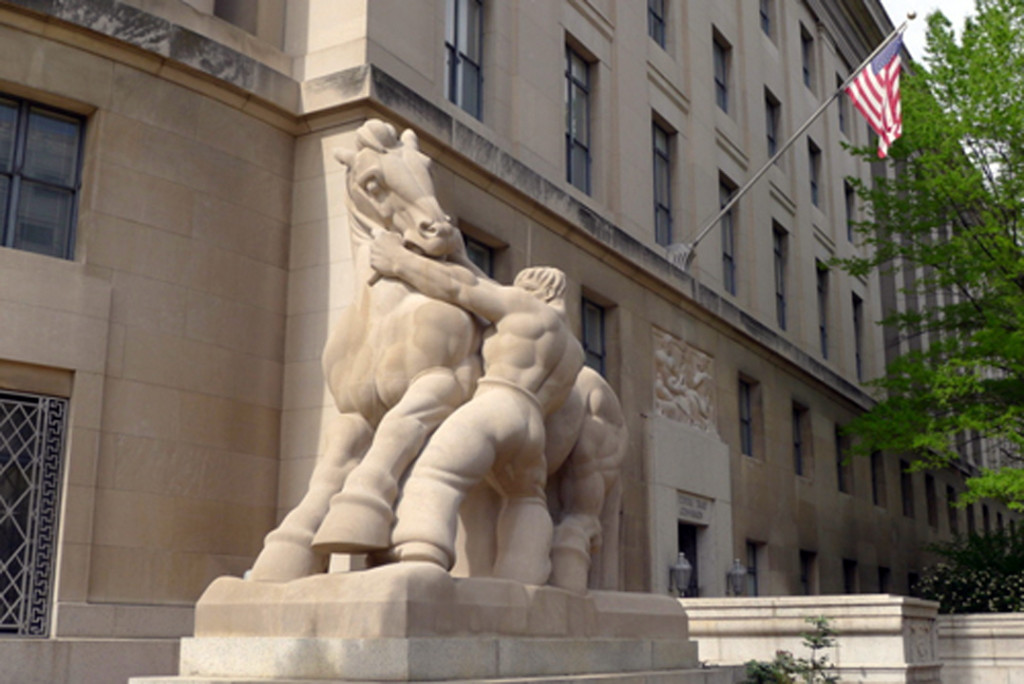