PAINTINGS CONSERVATION: The first Lew Wallace paintings conservation condition assessment of significant paintings at the General Lew Wallace Study and Museum was recently conducted by Robert Lodge. These art works are among many artifacts chronicling the life of the famous general, governor and author archived and on display in the uniquely architectural study he designed for his property in Crawfordsville, Indiana.

The public knows Lew Wallace most commonly as the author of Ben Hur: Ben-Hur, A Tale of the Christ (1880). He wrote six other major works as well. But among all his achievements Lew Wallace was also a painter. Two large oil paintings made by Lew Wallace were part of this conservation assessment: a portrait Sultan Abdul Hamid II (President James Garfield appointed Lew Wallace as U.S. Minister to Turkey and he traveled widely) and The Conspirator. For the latter, in May of 1865, Lew was appointed second-in-command of the court martial that tried the Lincoln conspirators. He made sketches of those on trial and later painted the picture.

The gorgeous study, built between 1895 and 1898 for a then astonishing 30,000 dollars is now a museum open to the public and information about the museum with much fascinating information about the man can be found here. While the original home is no longer associated with the property, the grounds he enjoyed, and where he wrote much of Ben-Hur outdoors in the shade, are beautiful and well maintained and available to the public for strolls and picnicking. 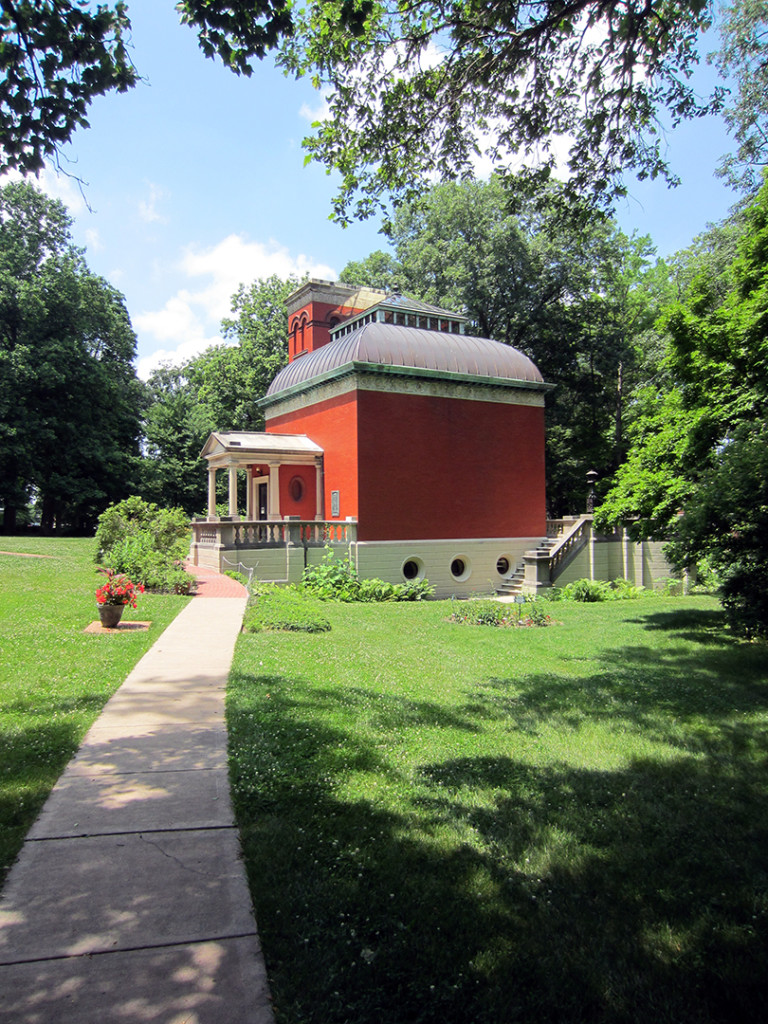 The opportunity to spend time in his study and among the artifacts was an especially great pleasure to art conservator Robert Lodge beyond the practice of his expertise. Lodge counts Lew Wallace with Augusta Jane Evans Wilson (May 8, 1835 – May 9, 1909) as his two most favorite 19th century American writers with Ben-Hur (1880) and Evan’s St. Elmo (1866) his two favorite reads of that century. These were the two top-selling books in the 19th century.