skip to Main Content
OBJECTS CONSERVATION: The Queens Museum of Art in Flushing Meadows, NY awarded a $103,588.00 contract to McKay Lodge Conservation Laboratory, Inc. to restore and prepare for display in the Queens Museum of Art an enormous painted plaster topographic map of the New York City watershed belonging to the New York City Department of Environmental Protection. McKay Lodge, Inc. experts in painted materials, sculpture, wall paintings and frames performed all the work on the 20 x 32 foot map over a three year period. Crating and shipping of the large model, which breaks down into 27 sections, each framed in wood, was also handled by the conservation company. 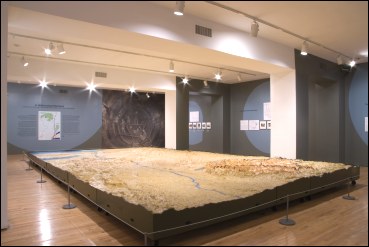 The Queens Museum of Art occupies what was the New York City Pavilion in the 1939 World’s Fair which was designed to celebrate the grandeur of the city and exhibit how a city of this magnitude functioned. It was decided that various city agencies would design exhibitions and among them was the Department of Water Supply, Gas and Electricity. As the focal point of the exhibit on the Board of Water Supply, a relief map of the New York City watershed was commissioned. 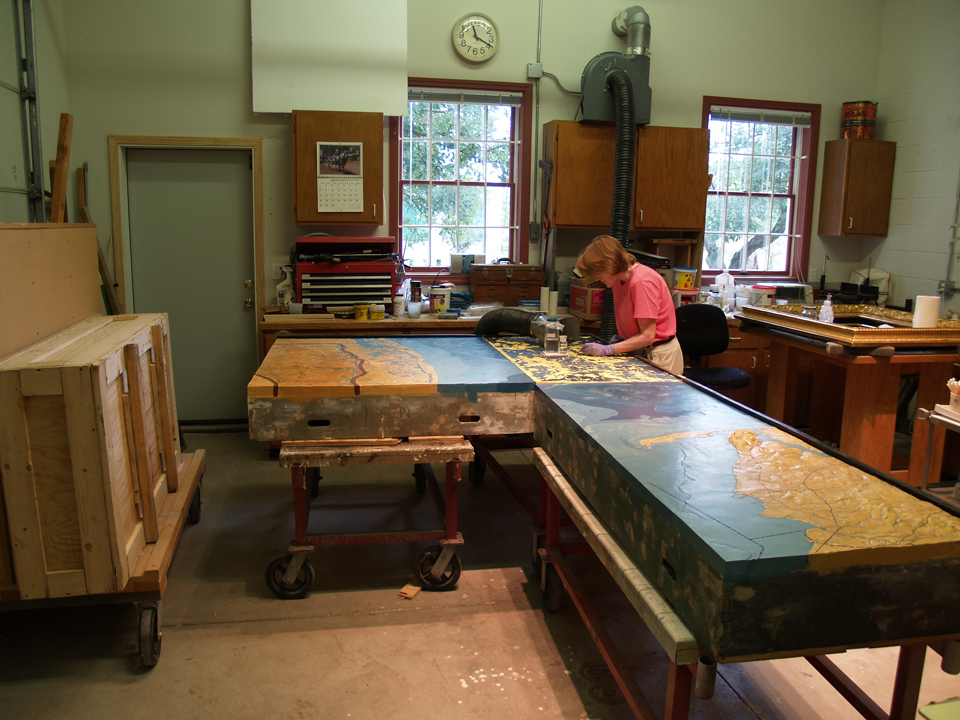 Tracing the city’s water supply system from the outer parts of the fledgling Delaware system to the Nassau County line, the topographic watershed map identified the various aqueducts, water shafts and drainage basins through colored lines and electric lights, beginning in the mountains of upstate New York and continuing down through various reservoirs and finally into the city. The magnificent map was created by the Cartographic Survey Force of the Works Progress Administration out of wood and plaster. However, due to space limitations within the New York City Pavilion, the relief map was never exhibited and a smaller version was installed in its place. Now, nearly 70 years after the commission was initiated, the 27 plaster sections are in desperate need of conservation treatment.

The Queens Museum of Art, the NYC Department of Environmental Protection (which currently assumes the role of the Board of Water Supply) and the NYC Cultural Affairs Department have embarked on a multi-year partnership that will result in the full restoration of the topographic water shed map to its original brilliance.