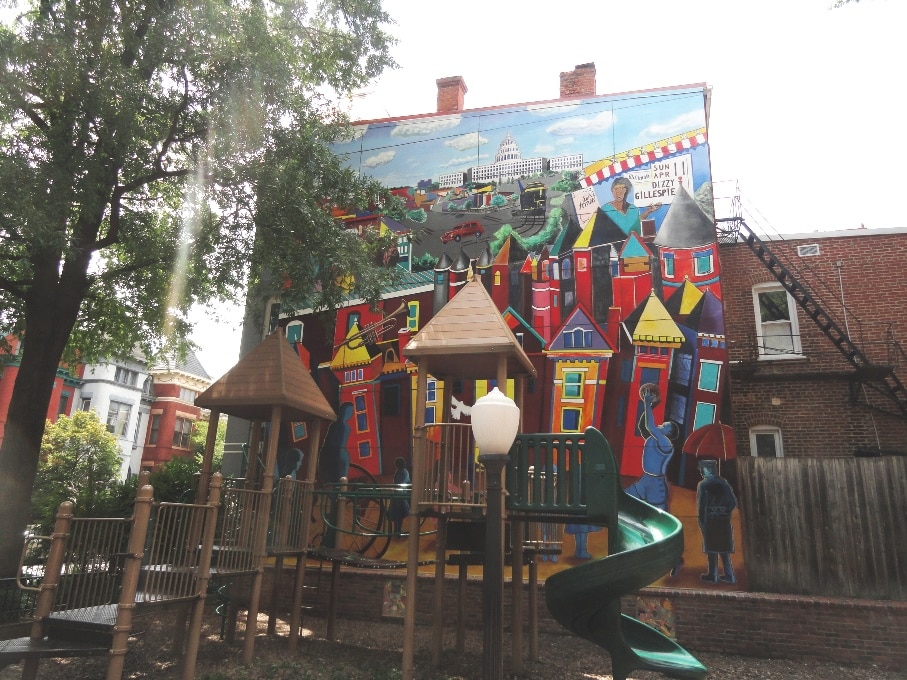 The public artwork is a hand-painted mural affixed to the exterior wall of a private residence, facing East towards the open greenspace of the Westminster Community Park. The mural substrate is HardiPanel cementitious exterior siding affixed to a galvanized steel framework which was constructed against the existing masonry wall of the home. The entire artwork sits upon a brick retaining wall, and is capped at the top with sheet metal flashing to form a primitive roof. Each section of HardiPanel was affixed to the steel framework with sheet metal screws, with polyurethane caulk applied to cover the screw heads and to close the gaps between each individual panel. Caulk was also applied to the bottom edge of the mural where the HardiPanel met the brick retaining wall. 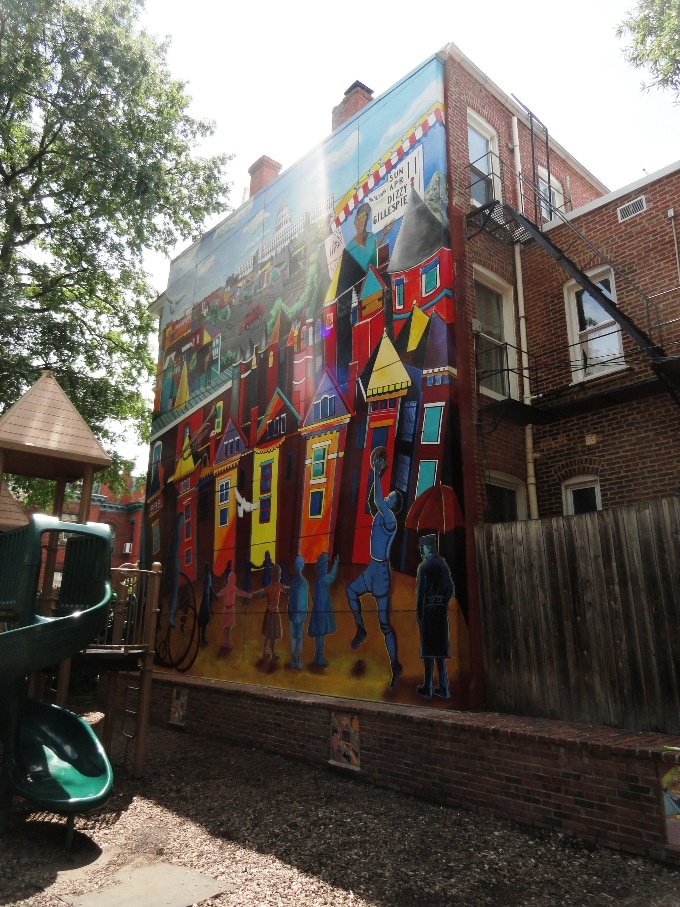 The mural was painted using NovaColor acrylic exterior paints on a NovaColor gesso primer. This primer was applied directly to the HardiPanel during its original construction.

The original scope of the Marchand mural conservation project was to replace water-damaged HardiPanel along the bottom edge of the mural, where the edge of the panel had wicked up pooling water from the horizontal surface of the brick retaining wall. Additional later inspections of the mural prior to beginning of proposed work revealed water damage to the right side of the mural extending from the bottom to the roof; therefore the project scope was extended to address this issue as well.

All art conservation treatment was performed with the involvements and permission of the artist as some serious intervention into the original construction was necessary as well as some repainting (By both artist and conservator). Materials selection was made through negotiations with the artist.

All damaged HardiPanel along the bottom edge was cut away up to 8 inches and replaced with new HardiPanel with the addition of a vinyl trim piece 1 inch tall separating the new panel from contact with the brick retaining wall.

The new panel and the vinyl trim was affixed with HardiPanel-specific screws to the existing metal studs. The repaired area was primed first with Sherwin Williams exterior latex primer, then NovaColor gesso, and then the artist’s original work was replicated in NovaColor acrylics by the artist.

Damaged HardiPanel along the vertical right side of the mural was removed in selective areas based upon probing of the material to determine which areas had been compromised from water intrusion. These areas were patched with new panel affixed to the existing metal studs. The repaired areas were primed first with Sherwin Williams exterior latex primer, then NovaColor gesso, and then in-painted to match the artist’s original work by the conservator.

The mural was inspected for defects in the polyurethane caulk at all panel joints. Some joints required re-caulking and inpainting to match.