McKay Lodge Art Conservation Laboratory, Inc. of Oberlin, Ohio, well known for their expertise in historic fountains, was selected as the project team’s bronze and stone conservator for the design, specifications, contract documents and administration of the upcoming major renovation of Chicago’s famous Buckingham Fountain, once the world’s largest fountain. The team of experts assembled by the landscape architecture firm Thompson Dyke & Associates of Chicago was awarded the highly coveted contract after a thorough and long review of expert teams by the Chicago Park Board.

Buckingham Fountain is located prominently in Chicago’s Grant Park and adjacent to Lake Shore Drive, which runs parallel to the shoreline of Lake Michigan. This 1.5 million gallon fountain serves as one of Chicago’s most notable landmarks. The fountain, designed by Edward H. Bennett, was based on the much smaller Latona Basin at Versailles and completed in 1927 as a dedication to the City of Chicago in memory of Clarence Buckingham. The Chicago Park District sought a multi-disciplinary team of professionals to undertake a comprehensive investigation of all fountain materials and systems, design for restoration and improvement of these materials and systems, and administration of the implementation of these improvements. A comprehensive renovation of the ailing fountain is expected to cost up to 25 million dollars and must be completed between shut-off in the fall of 2008 and start-up in the spring of 2009. Work will take place under the protection of an enormous tent during Chicago’s severe cold and wind.

To complete the Buckingham Fountain renovation design, McKay Lodge Art Conservation Laboratory, Inc. was charged with materials analyses of the bronze and marble and the design of procedures for their cleaning, repairs and preservation. The stability of the naturally formed green patina (copper corrosion products) was studied by optical microscopy and instrumental analyses. Current technology and materials were evaluated for protecting the weathered pink Georgia marble. Use of the fountain was evaluated in light of long term preservation. The company also oversaw the removal of the four pairs of monumental bronze “sea horses” and necessary disassembly of the marble structure. McKay Lodge Art Conservation, Inc. also participated in the work of other team members designing new water features, water systems and lighting insofar as these impact materials preservation. 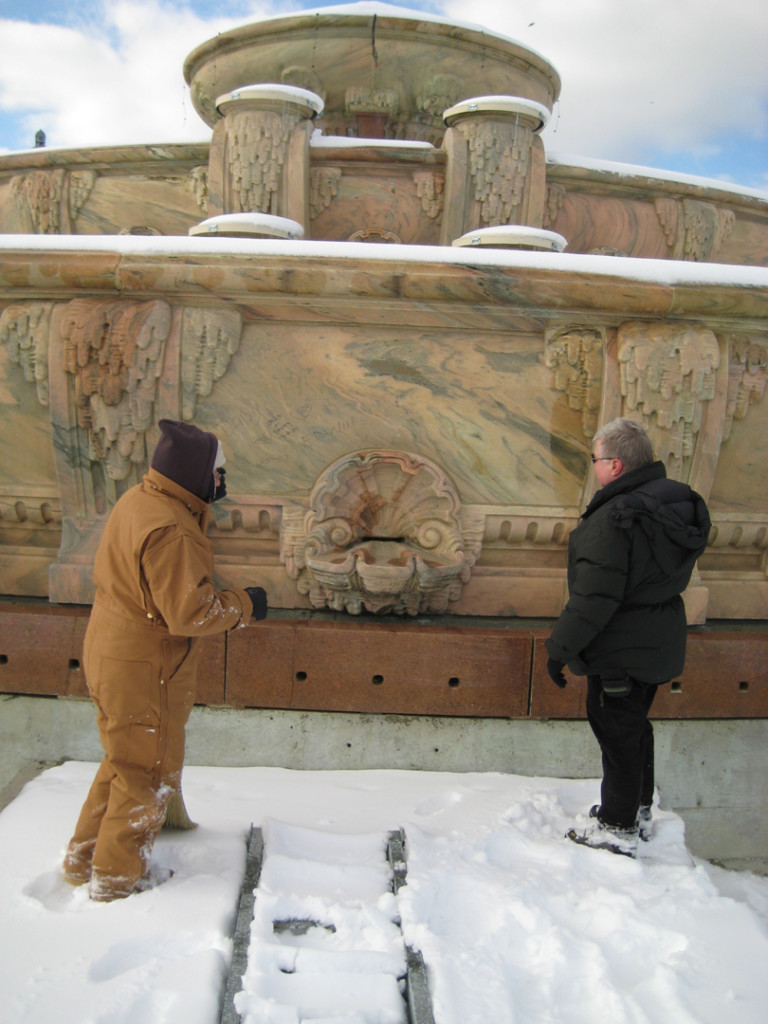 OUR INFORMATION ON THE 1927 CLARENCE BUCKINGHAM MEMORIAL FOUNTAIN BRONZES 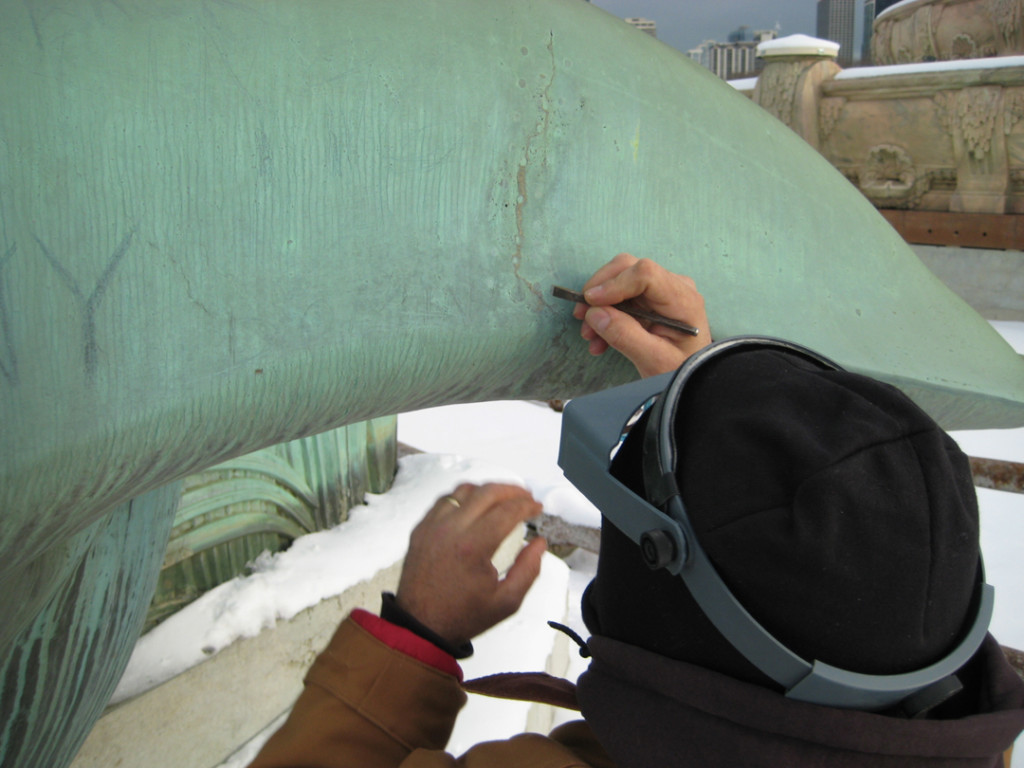 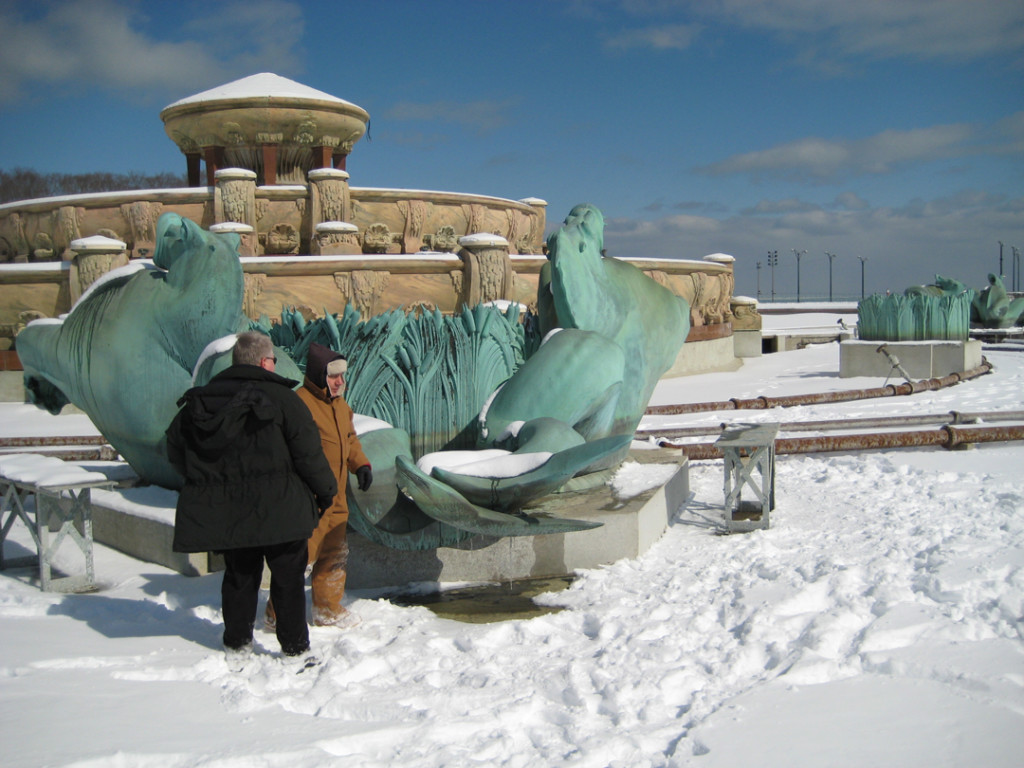 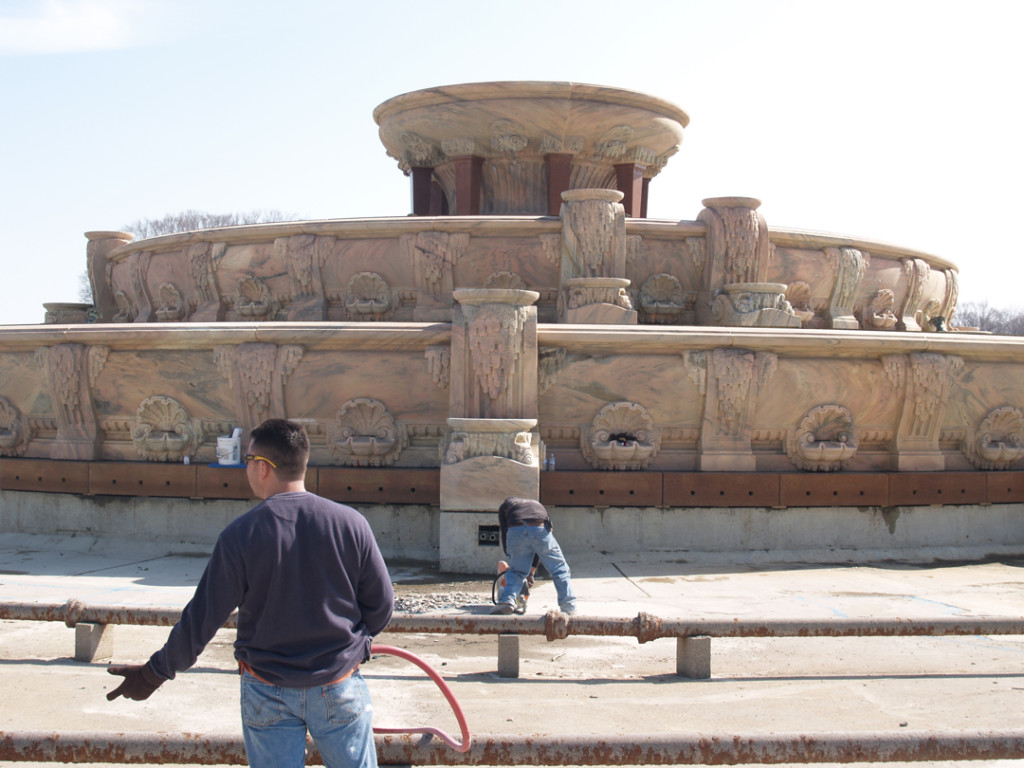