A mid-sized industrial grade CO2 blasting machine was purchased from Continental Carbonic after research and consultations on the most suitable size for the expected range of projects we would likely engage the technology.

Now, three years later (2017) the machine has proven itself to be incredibly valuable in a number of projects:

Removing old coatings from bronze at the Freer Gallery of Art 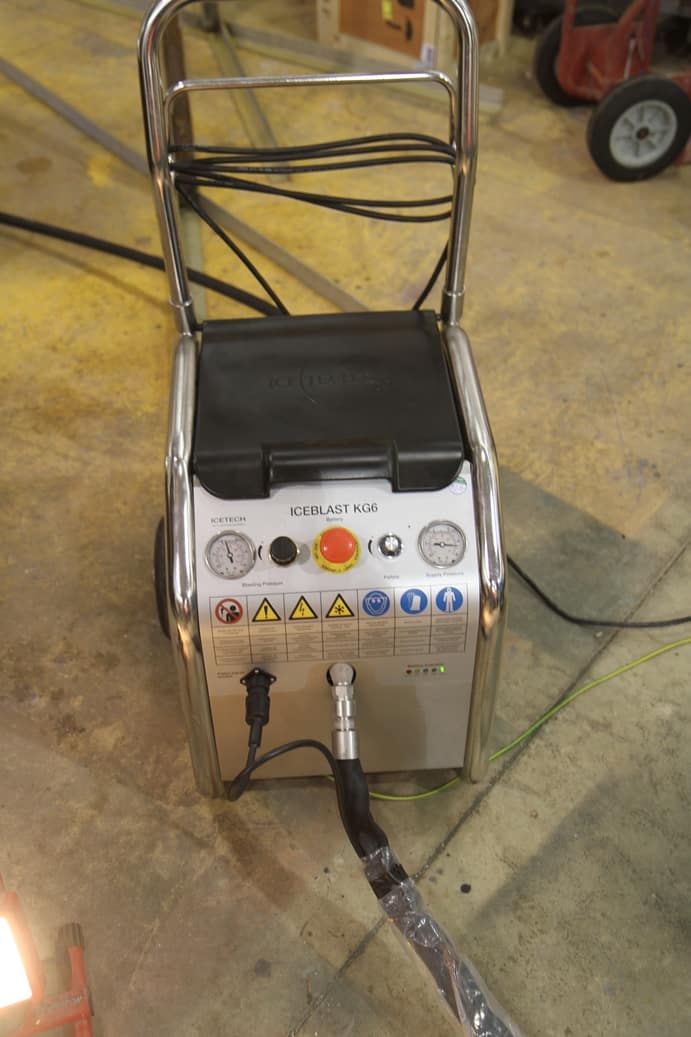 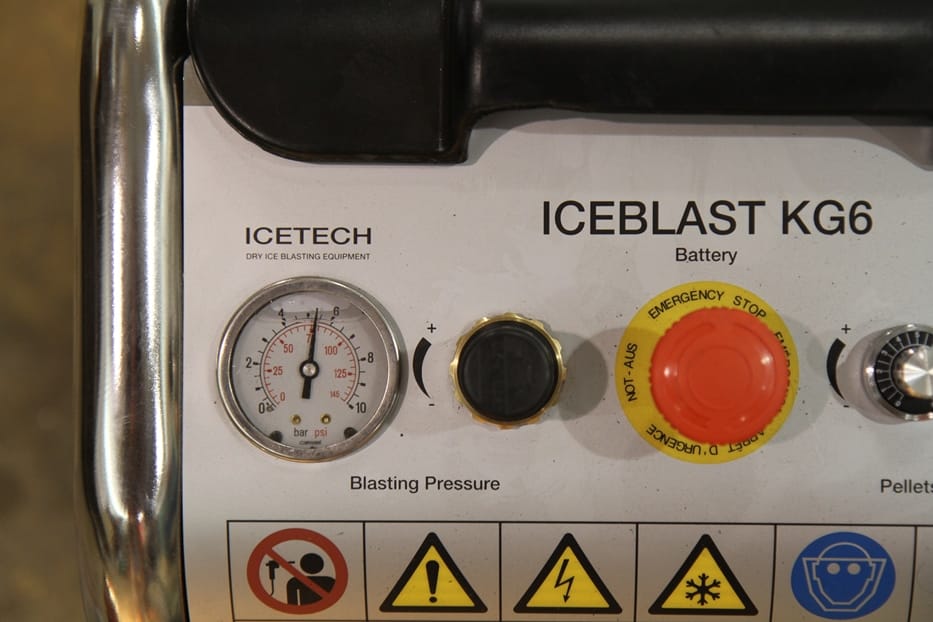 In CO2 cleaning, dry ice pellets about the size of rice are propelled at the surface to be cleaned. Upon impact, the pellets change from a solid to a gas almost instantaneously resulting in an almost abrasion-free blast process.

The cold pellets drastically reduce the temperature of both the substrate and the coatings layer. The two different materials contract from the cold but they do so unequally, causing the bond between them to fail.

As the pellet is converting to a gas, it expands to nearly 800 times its size. This explosion creates an ‘explosion shock wave’ that lifts and carries particles away from the surface.

Certainly we were not going to test this new technology and our new machine immediately on art.

So we brought out a rare Triumph motorcycle for aluminum engine cleaning. 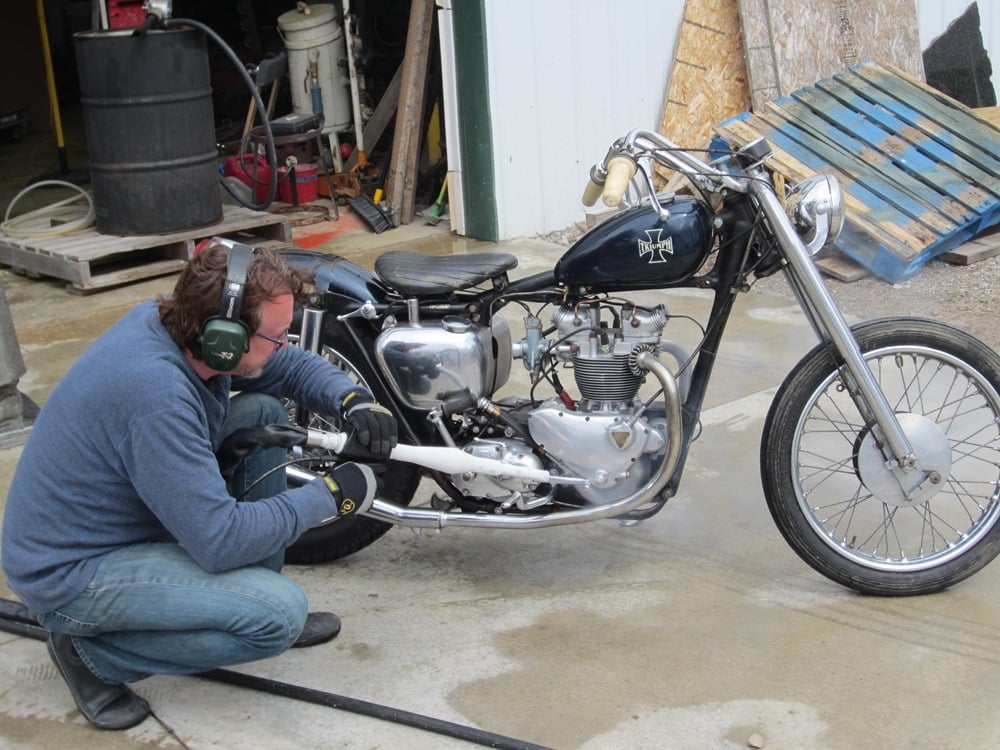