Masters of CO2 Cleaning: A video in our MASTERS SERIES.

SOUND: Headphones or speakers are highly recommended. No computer sound? This website and this video on CO2 cleaning are available on your smartphone too.

This video shows the removal of a thick, epoxy-like coating from original red paint on an iron section from a 19th century Orrery. This demonstrates the effectiveness of CO2 (dry ice) blasting and its precision as a cleaning method. For such success, it is not enough to simply possess a CO2 blast machine. It takes years to fully master the factors that enable such an achievement, including pressure, ice conditions, screen selection, nozzle selection, distance and movement. We own and use an IceTech dry ice blasting machine (Continental Carbonic) for CO2 cleaning. 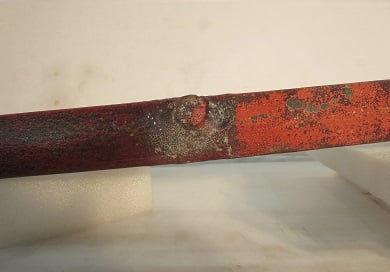 We recently conserved an important historic Kentucky Orrery from the collection of the Kentucky Historical Society’s Kentucky History Museum, a 25+ year client of our conservation services. Objects conservation work has been performed on the disassembled parts of the orrery instrument to clean all the heavily soiled painted iron and gearworks and treat the outer paper ring for a heavy dirt accumulation, cracks, debonding and losses. Our skills and experience in CO2 cleaning (dry ice cleaning) played a significant role in the success of this conservation treatment. 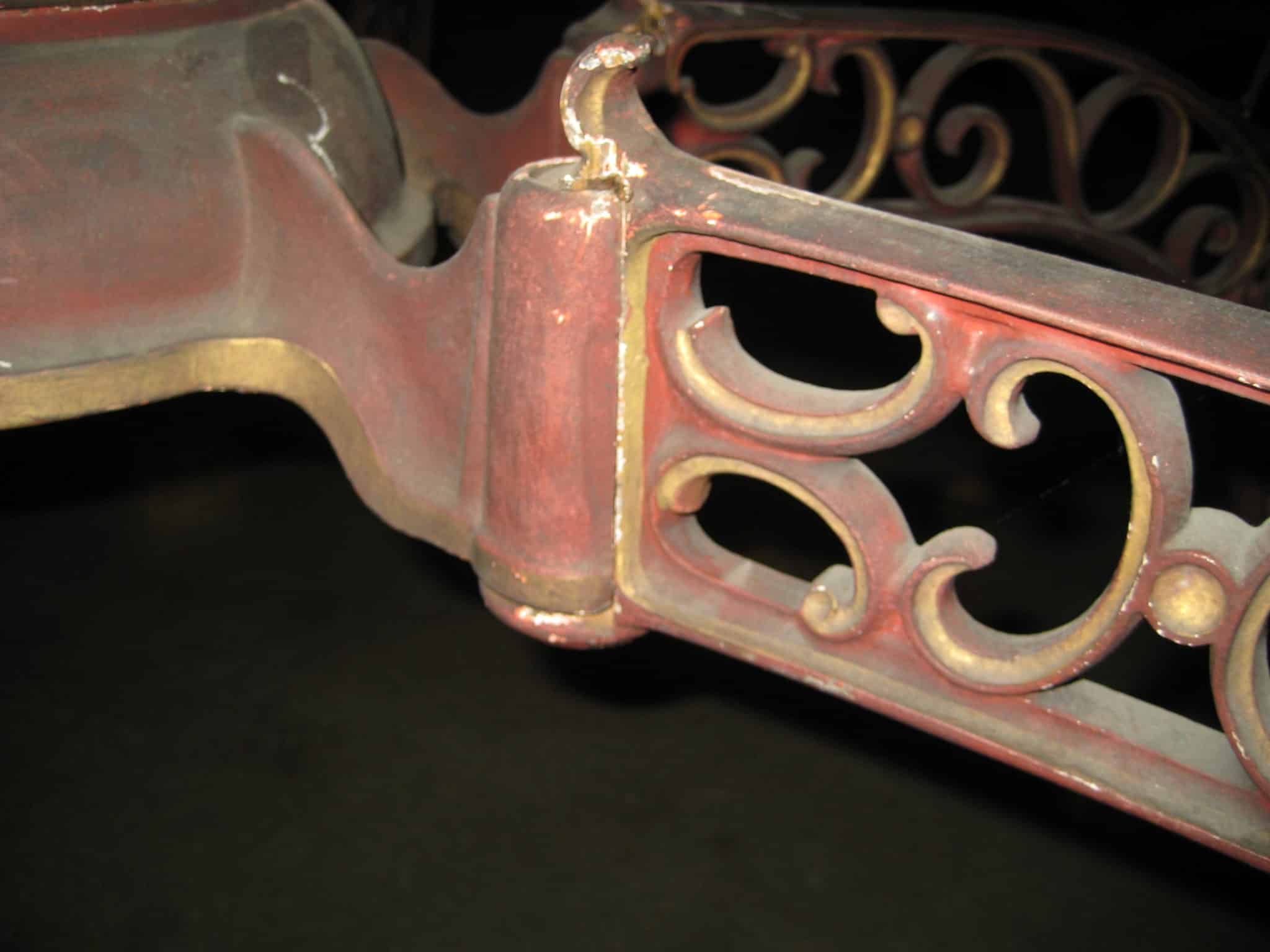 An orrery is used to demonstrate the motion of the planets. The term planetarium can also be used. An orrey by definition includes the sun, Earth, Earth’s moon and other planets. A model that only includes the earth, its moon and the sun is called a tellurion.

This orrery was created by Thomas Barlow (1787-1865) and his son, Milton Barlow. It was most likely built in Lexington, Ky. It was purchased about 1887 for Sayre School in Lexington by headmaster Henry B. McClellan. It was used at the school into the 20th century.

Thomas Barlow was a mechanic and industrialist from Nicholas County, Ky. During the 1840s, he began to design a ”planetarium.” With the help of faculty members from Transylvania University, he designed a mechanical model of the solar system that illustrated the motion of the planets, moons, etc. For years, father and son constructed the orreys in various sizes and designs. Due to a lack a records it is unknown how many they made in total. One was put on display at the 1855 Crystal Palace Exhibition in New York. The Kentucky Legislature also selected the invention to represent the state at the 1867 International Exhibition in Paris, France. The Barlows sold orreries to educational institutions around the country, including West Point (PA), Annapolis (MD), New Orleans (LA), Mississippi University (MS), St. Louis University (MO), and Washington & Lee College (VA).
The first mechanical models of the solar system were created in ancient Greece. The word orrery is derived from Charles Boyle, the 4th Earl of Orrery. In the 1700s, he commissioned John Rowley of London to make a model of the solar system to give to his young son. 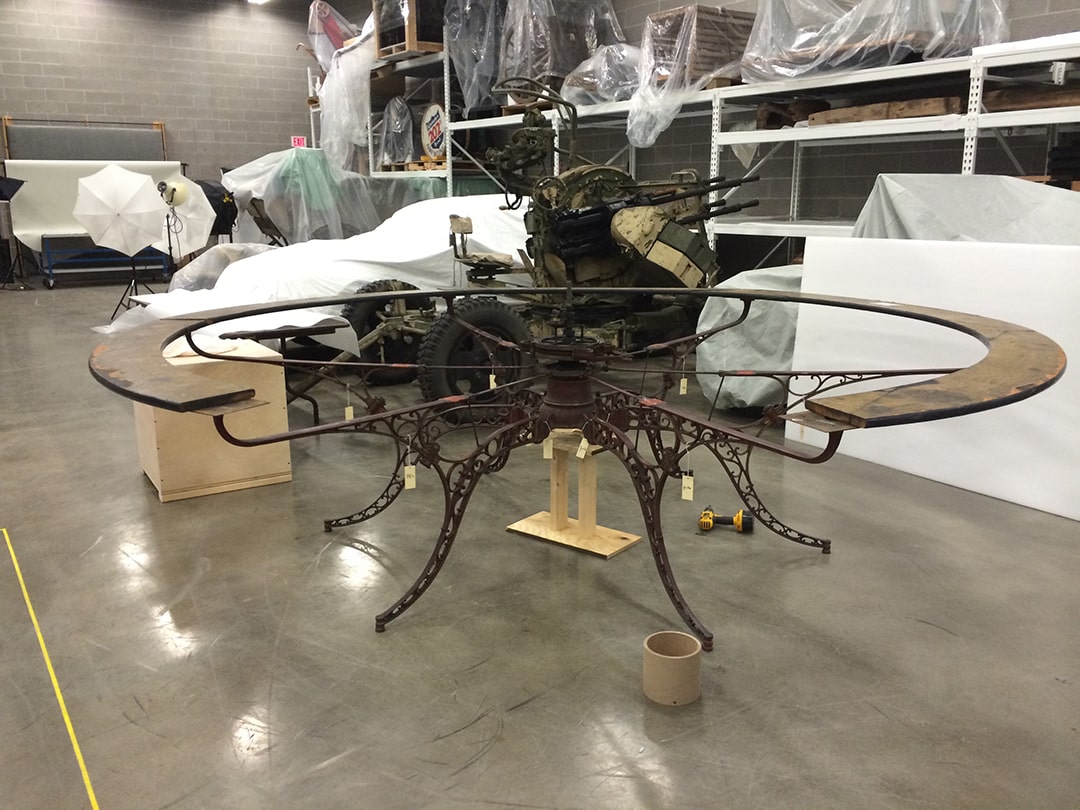 This orrery has six curved cast iron legs with interior scrollwork, and red enamel and gold trim. The knuckle joint on top of the leg slides onto joint on pedestal base of center column. The joint on the top extension of leg accepts the knuckle from the forward arms which stretch to support the outer and inner rings. A tension bar screws between the leg and the arm. Another is jointed between the arm and the center column. The outer ring has six curved wooden pieces screwed to large iron plates on tip of each arm. The ring is topped with heavy paper stenciled with the months of the year, gold scrolls trimmed with red and blue, hand painted zodiac signs, and a grid tracking the days of the months and the ellipse of the Earth’s motion around the sun. The inner ring is similar but much plainer, inked with years from 1801-1900. The center column supports geared armature, a central sun sphere, and two planetary armatures. The main armature stretches out to the outer ring where a model of the earth and moon rotates as the arm is moved. The spherical glass ”sun” is plated on the interior with gold leaf. Two wrought iron arms reach up from the base of sun, each mounted with gold painted wooden balls to represent Venus and Mercury. The sun rotates and the planets orbit the sun when the earth armature is moved.

For more information on this Kentucky Orrery, go to its collection object’s page found here.