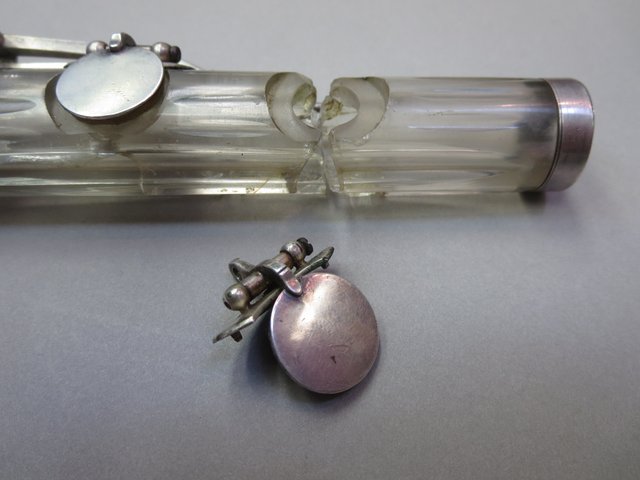 At McKay Lodge art conservation center we received this challenge from a highly regarded flute collector: a Laurent 8-key Crystal Flute. The end piece of this four-sectioned flute was received in two pieces with a complete break an inch and a half from the end. The break went right through a tone hole and the key and pad had fallen off.

The Laurent 8-key Crystal flute was made by Claude Laurent who was a watchmaker and mechanic in Paris during the 19th century, who also produced flutes. The ‘crystal’ flutes he produced were not actually rock crystal, but a clear, white high-quality glass. In addition to clear, he also made cobalt blue and uranium green flutes and topped the crowns with a beautiful stone or piece of colored glass. His innovative use of pillars to mount the keys became the industry standard and is still used today, and not just on flutes, but saxophones and clarinets as well. 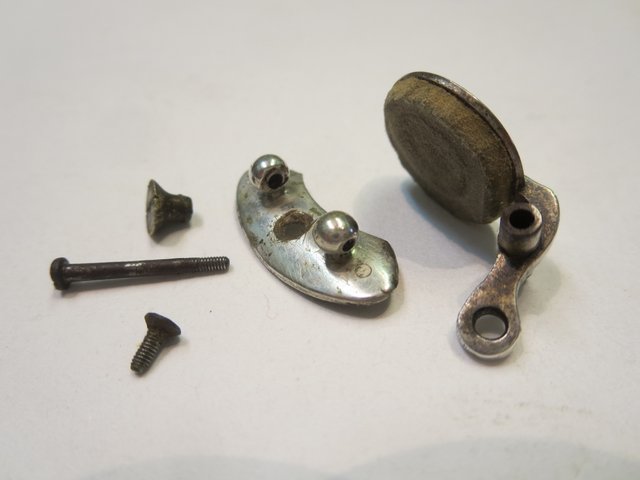 Losses along the break resulted in small points of contact so that the broken piece did not fit snugly back into place. The first challenge was to find a way to immobilize the two parts while an adhesive had a chance to cure. 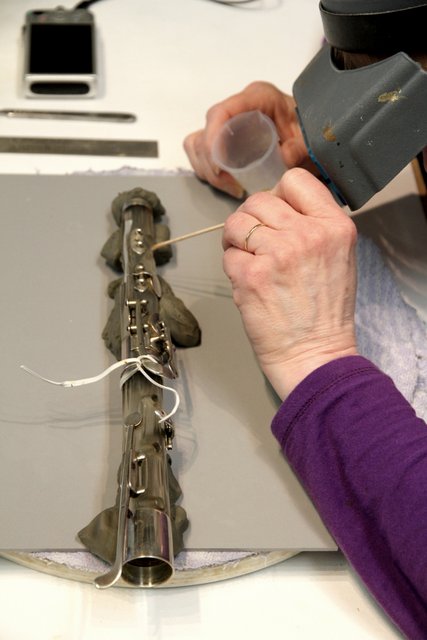 Plasticine clay was used to hold the two pieces closely together like a clamp, then the non-yellowing conservation adhesive EPO-TEK 301 was applied. Once this cured and the flute section was in one piece, additional EPO-TEK 301 could be applied to the areas of loss. 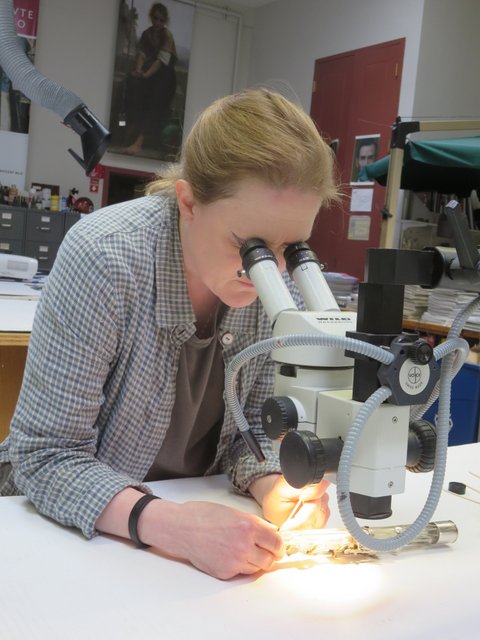 But this brought us to our second challenge: how to fill the losses without also filling the bore of the glass flute with adhesive? A barrier had to be provided on the interior that would prevent adhesive from flowing into the bore, but it needed to be one that could also be easily removed once the adhesive cured. The flute tapers toward the end, so that precluded simply inserting a wooden dowel into the bore. A balloon inserted in the end and then inflated proved too weak to hold the weight of the adhesive. 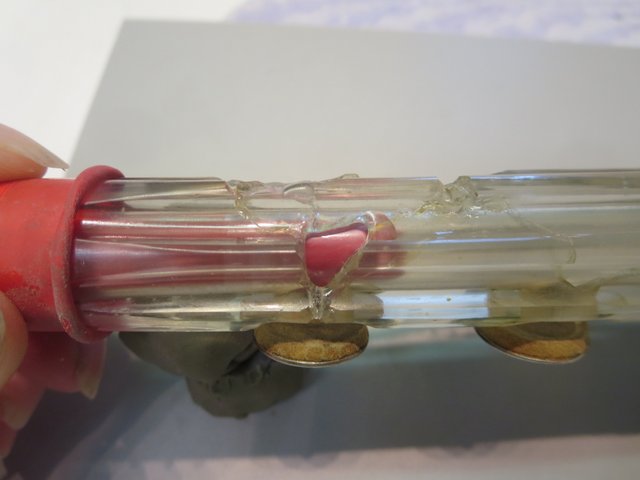 After much trial and error, a balloon wrapped in silicone-coated mylar was inserted, and using a small tool and great patience, was filled with plasticine clay. This provided a firm ‘floor’ beneath the loss to contain the adhesive. Once it had cured, the balloon was emptied and removed. 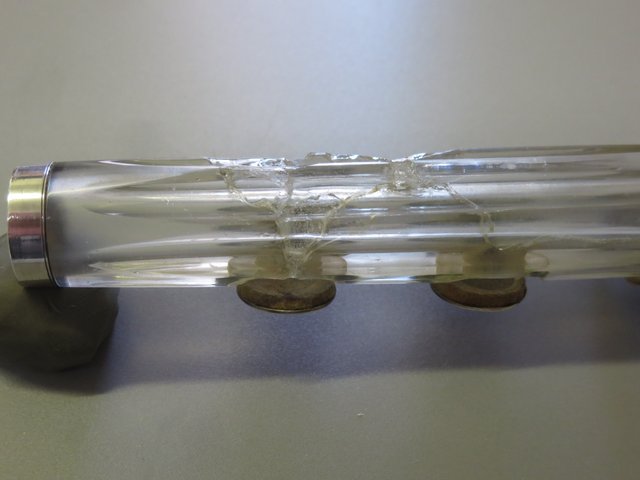 Because the goal of treatment was not to completely restore the Laurent 8-key Crystal Flute to its original condition but to make it playable, no attempt was made to reconstruct the cut decorative channels along its outside.