Want to know how to get that Stainless Steel Sculpture to stain less? Maybe you need an expert in the conservation treatment of stainless steel sculpture?

Look no further, Conservator of Public Art and Sculpture, James Gwinner has nearly three decades of field experience in the maintenance of Public Art.

As part of our U.S. General Services Administration National Contract for Sculpture 2011-2016, Conservator James (Jim) Gwinner traveled to Eugene, Oregon to complete a treatment of Shortest Distance, 2006, by artist Cris Bruch. The sculpture is located at the Wayne L. Morse U.S. Courthouse. The artwork is a large scale abstract outdoor sculpture fabricated from stainless steel with a random orbital ground finish. The form is composed of many trapezoidal forms welded together. The work curls and reverses upon itself, giving the impression of a solidified vortex.

Cris Bruch is a Seattle-based artist. He is best known as a sculptor, but he works in many different media including: metal, paper, string, fiberglass, resin, rubber, composites, plastic, and wood. He has work in many notable collections such as the the Henry Art Gallery at the University of Washington, Seattle Art Museum, Stadtsparkasse Düsseldorf, Yale University Art Gallery, and the Portland Art Museum. 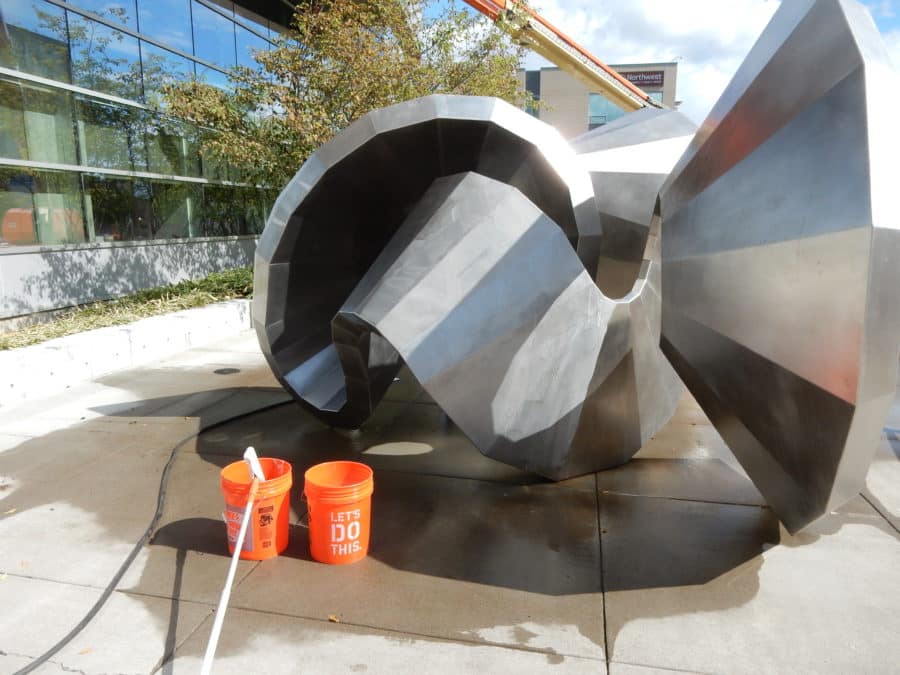 The sculpture had several condition issues experienced by many outdoor sculptures: light but overall soiling, damages from skateboard or bike marks, some surface corrosion, and minimal graffiti. The sculpture was first rinsed to remove dirt and grit particulate that could scratch the surface during washing. This step was followed with washing the surface with a detergent solution and then rinsing with water. The graffiti was removed by lightly abrading the area with a surface conditioning pad. 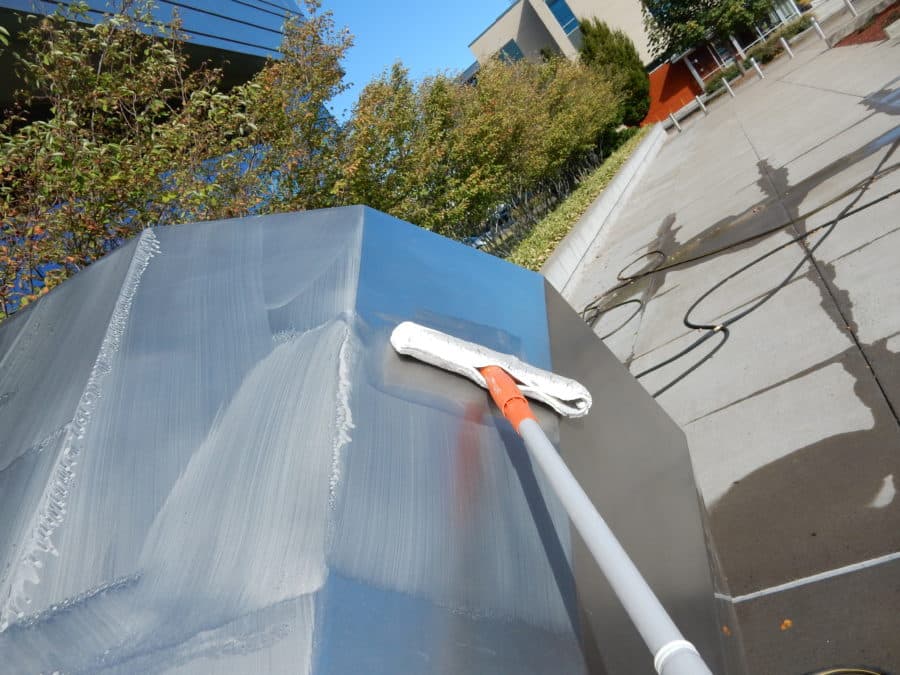 Corrosion was reduced by several applications of an acidic solution. It was applied to the surface and allowed to dwell for short period of time. Several applications were used versus longer dwell times to avoid etching the metal. If the metal became etched, the surface would develop a white, hazy appearance. In other words, not just anyone can perform this step. The result of the stainless steel acid treatment left the surface shiny as it was originally intended.

The scuff marks from skateboards and bikes needed a more invasive approach, since the deep scratches caused by multiple impacts had active corrosion. These marks were removed with a dual action orbital sander to match the surface finish of the surrounding metal which was followed by a surface conditioning pad. 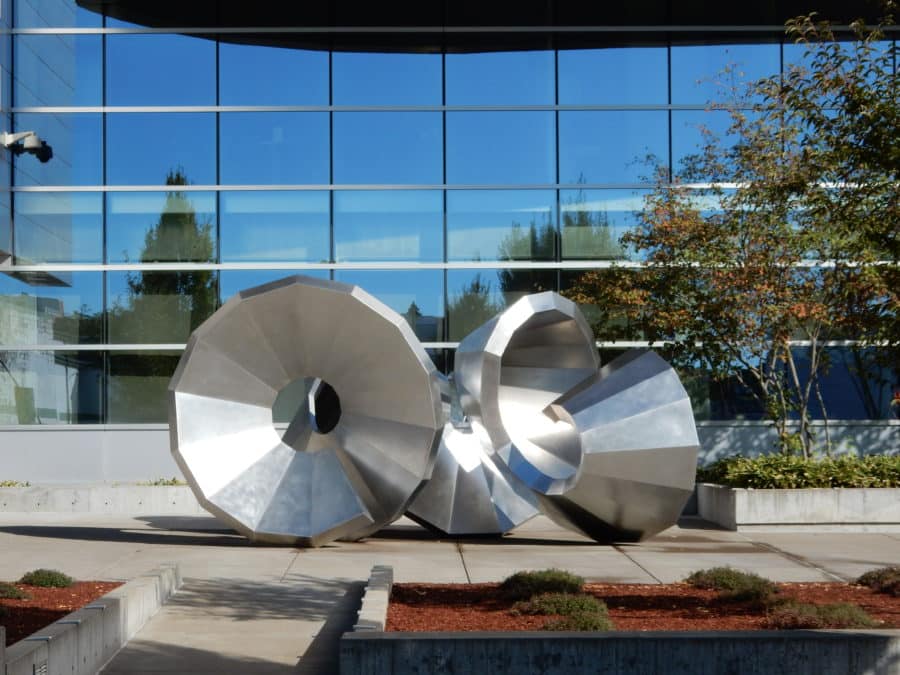 The final treatment image reveals a surface that is now lustrous and vibrant.