The Pittsburgh public loves ARCH and McKay Lodge Conservation Laboratory is very pleased it could use its expertise in saving it from complete dilapidation and total loss.

ARCH was commissioned from artist Glenn Kaino as part of a larger initiative to celebrate Pittsburgh’s 250th Anniversary in 2008 and as such its purpose was initially intended to be limited in time. It was placed in a very visible location with a lot of pedestrian traffic, on the corner of Seventh Street and Fort Duquesne Boulevard. It is immediately identifiable to the public as a Pittsburgh icon with its forms referencing the beautiful bridges and the city’s industrial history.

But after the Anniversary celebrations, ARCH remained in place outdoors for nearly five years. Originally intended to serve its purpose for perhaps 6 months only, it was not constructed of materials capable of weathering wind, rain, snow, heat and cold. It was gradually looking worse. When large pieces began to detach and fall, the danger to the public was recognized and McKay Lodge, Inc. was called upon on short notice to disassemble and remove the artwork and store it at its facilities until a decision on its fate for the long term was made.

Thanks to the work of the Greater Pittsburgh Arts Council and the Office of Public Art, and funding from the Heinze Endowments, McKay Lodge Conservation Laboratory was given a $70,789.00 contract to completely refabricate the artwork and a $34,140,00 contract to ship and install it in a new location. The construction was so complicated that artist Glenn Kaino was contracted to be on–site to guide the McKay Lodge company employees in the correct deconstruction sequence and installation of temporary structural supports as sections were removed.

As part of the Arch Conservation project, conservator Jim Gwinner and his assistants refabricated almost all of its parts, with some original components being restored. ARCH found a new, permanent home when the Allegheny County Airport Authority approved its placement in the terminal of the Pittsburgh International Airport. It was installed in time to be seen by visitors flying into Pittsburgh to attend the June 2013 Americans for the Arts Conference and the Public Art Preconference. 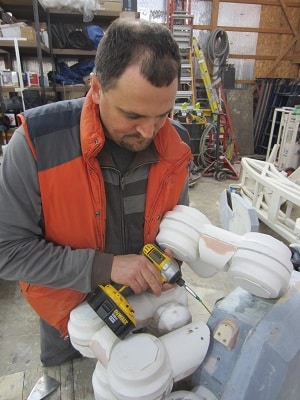 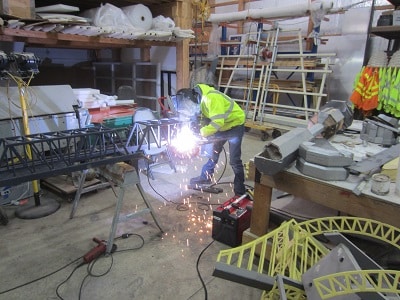 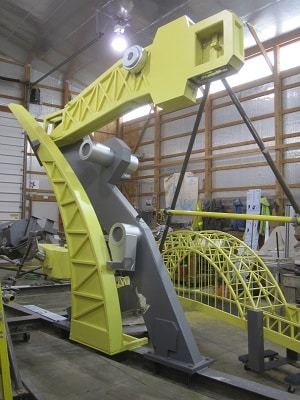 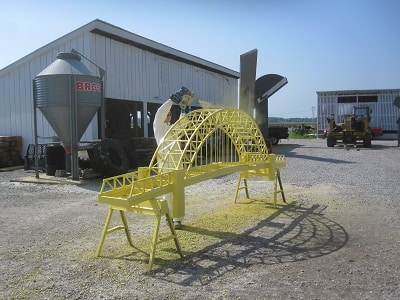 The Eagles Have Landed! At the Andrew W. Mellon Auditorium
Sculpture Conservation Cleveland: Reproductions of Stolen Bronze Drinking Fountains Made for the Cle...
Americans for the Arts Conference 2013: Sponsor and Speaker
Get Your Stainless Steel to Stain Less: Conservation of Sculpture