Joseph Konzal‘s GATEWAY, a large Cor-ten sculpture, was commissioned under the Art-in-Architecture Program of the General Service Administration in 1977.

Cor-ten steel, sometimes referred to as weathering steel, is expected to develop a protective layer of corrosion upon exposure to the elements. The changes are part of the desired effect intended by the artist when he chose the original material. In some cases, the corrosion compromises the substrate resulting in structural instability, and treatment becomes necessary. Such was the case with Joseph Konzal’s GATEWAY, located in front of the Federal Building and U.S. Courthouse in Dayton Ohio. 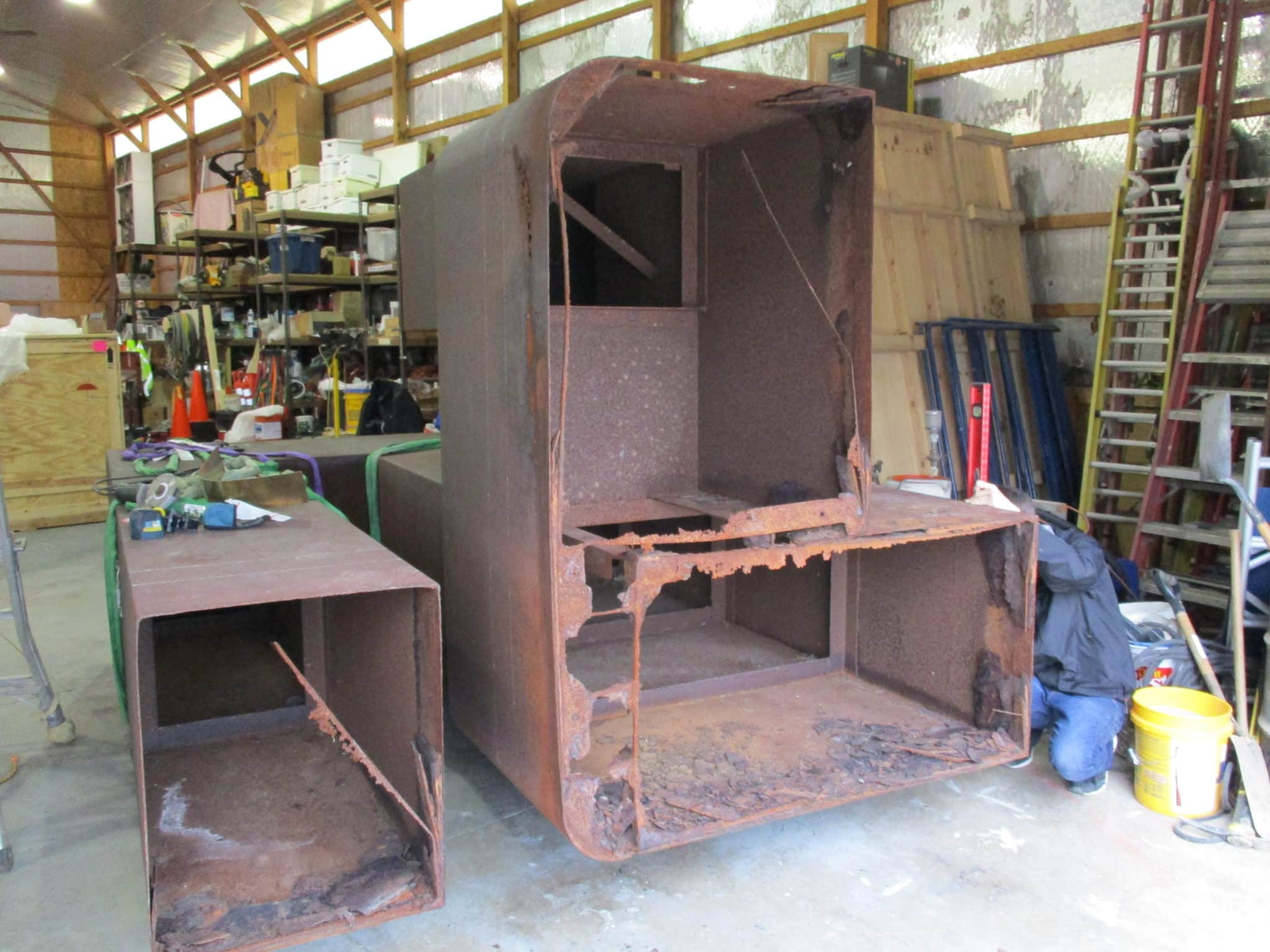 The underside of Konzal’s GATEWAY, showing the corrosion along the bottom edge. 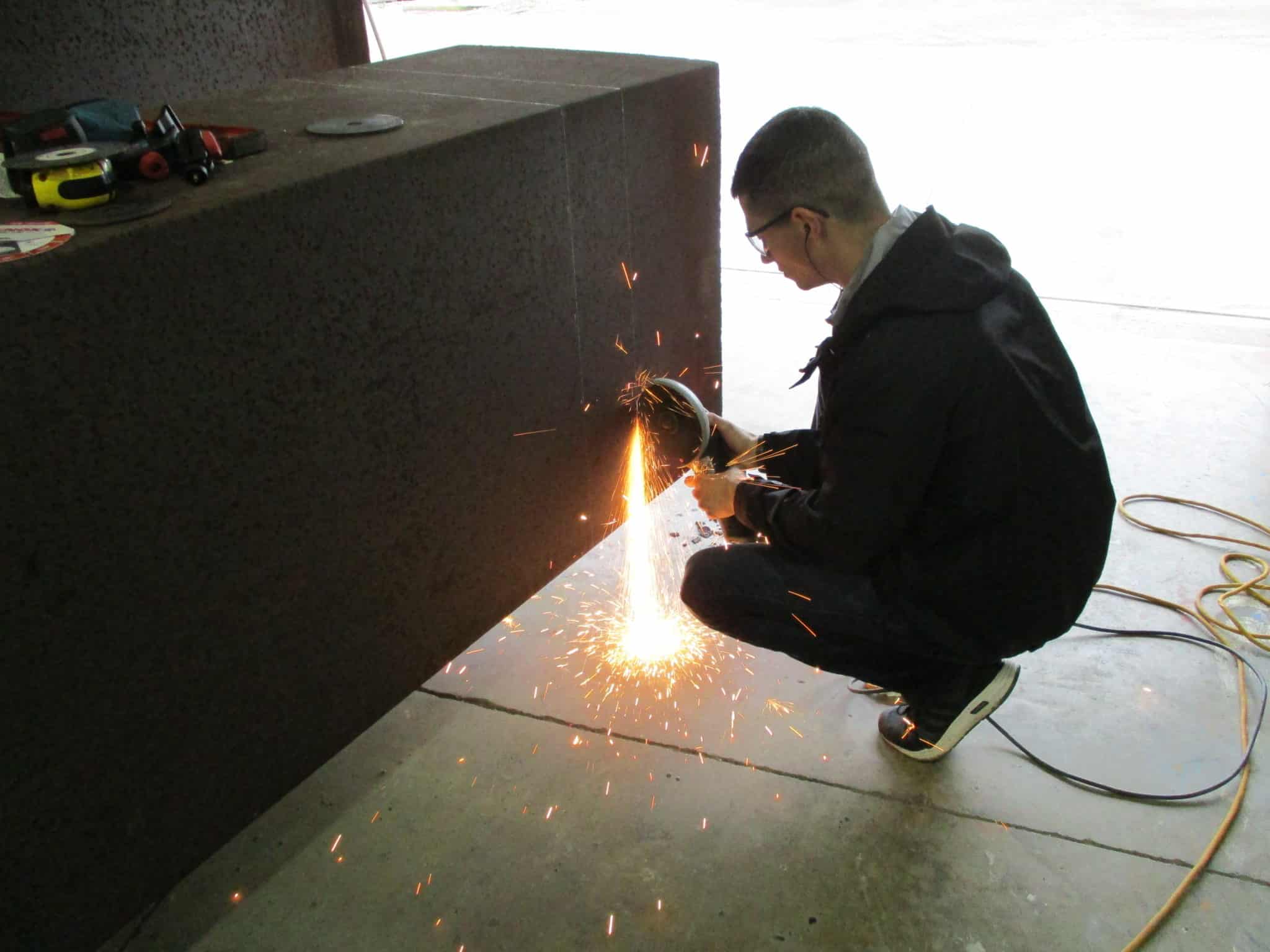 Cutting off the damaged edge.

Significant deterioration meant that the sculpture could not be displayed without a considerable amount of work to make it structurally stable. New steel had to be added along the bottom, replacing areas that were corroded beyond repair.

However, new steel and aged steel look very different, and it is difficult to harmonize the two surfaces. After much research it was decided to best preserve the artist intent, which focused more on form and shape and less on the materials, the entire sculpture will be repainted in a color resembling Cor-ten that has weathered for more than 30 years.