During October 2016, McKay Lodge Conservation Lab restored the two flag poles on either side of the entrance to the Andrew W. Mellon Auditorium in Washington, D.C. The poles were repainted white, the bronze pedestals cleaned and waxed and the stone bases cleaned and repaired.  And to top them off, the bronze eagles at the very tops have been re-gilded. 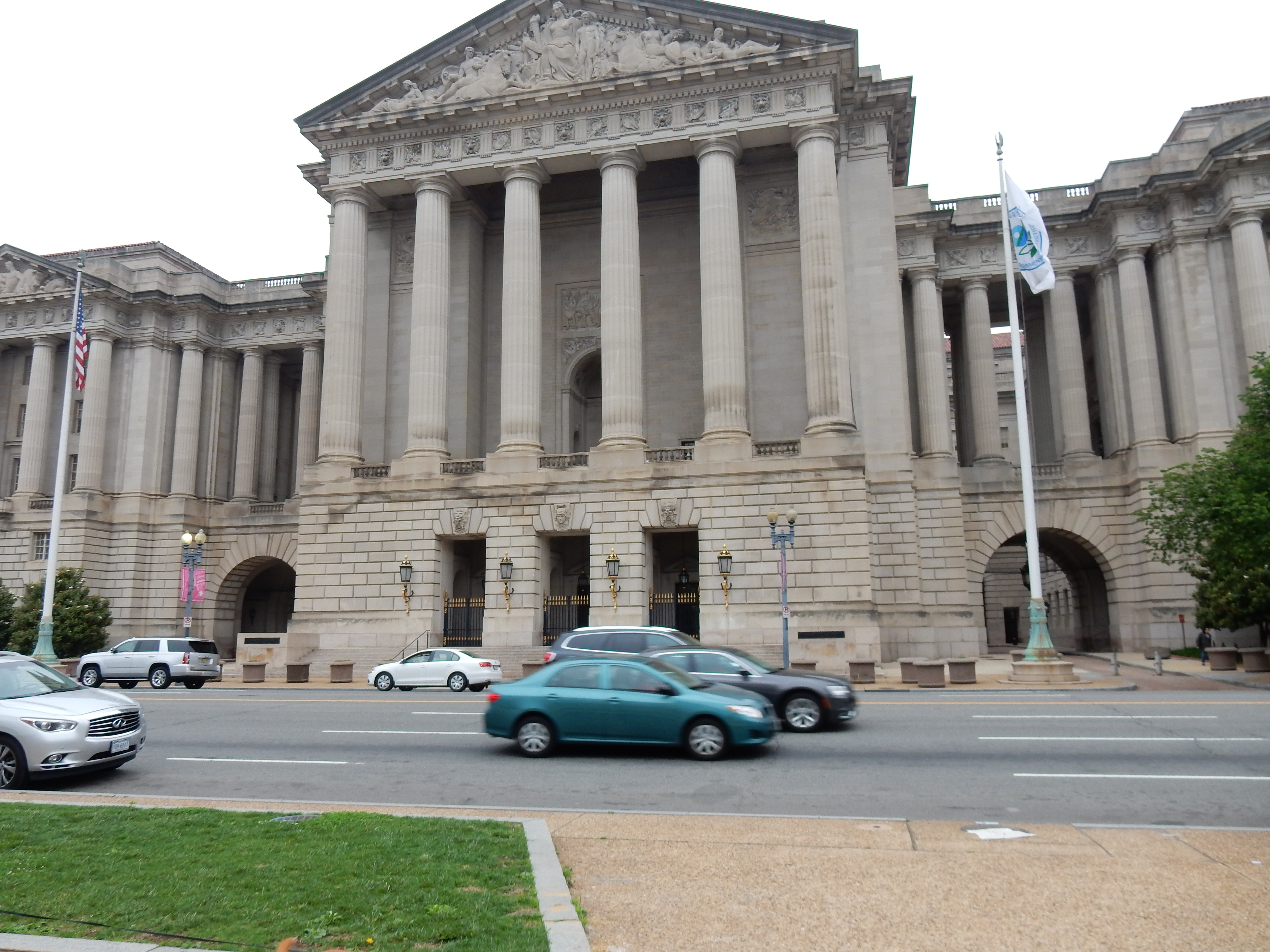 The auditorium was designed by Arthur Brown, Jr. of San Francisco. It is constructed of a steel frame clad in Indiana limestone and topped with red terra-cotta roof tiles. Once known as The Departmental Auditorium, it was renamed in 1987 after Andrew W. Mellon who was Secretary of the Treasury.

When the eagles arrived at McKay Lodge Conservation Lab, they had remnants of gold leaf and they exhibited the pale green, dusty-looking corrosion often seen on outdoor bronze sculptures.  The first step was to abrasive clean the eagles down to the bare metal and remove all corrosion and remnants of gold. Next, they were sprayed with yellow epoxy paint, which seals the bronze from air and moisture thus greatly slowing down further corrosion. It also provides a nice, smooth surface for gilding and the yellow color will disguise the inevitable wearing away from exposure to the elements. 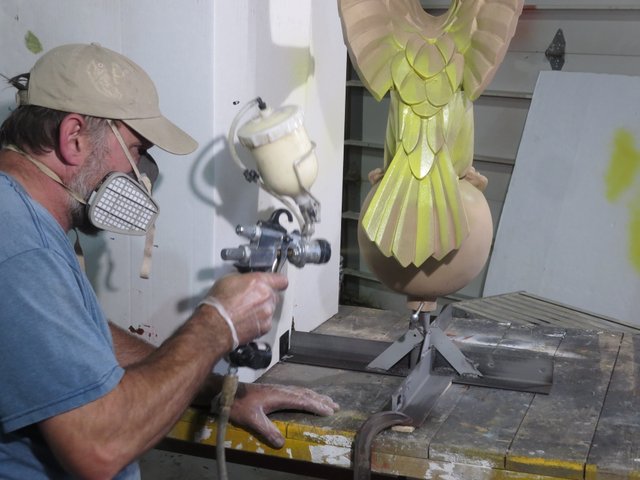 Conservation Assistant Curtis McCartney applies an epoxy coating to the eagles prior to gilding.

The eagles were gilded with 23.5 karat double gold; the appropriate purity and weight for outdoor gilding. After gilding, the oil size remains soft for quite a while, during which time they cannot be handled.  They will be left undisturbed for one month in order for the oil size to harden. Then the gilded eagles will be taken back to their perch on Constitution Avenue in plenty of time for the Inaugural Ball in January. 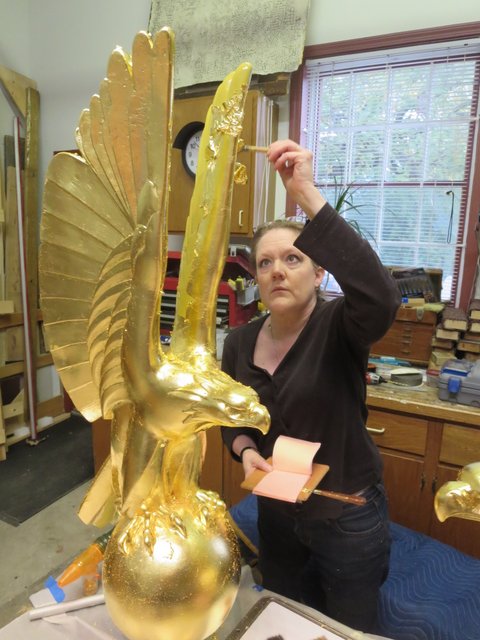 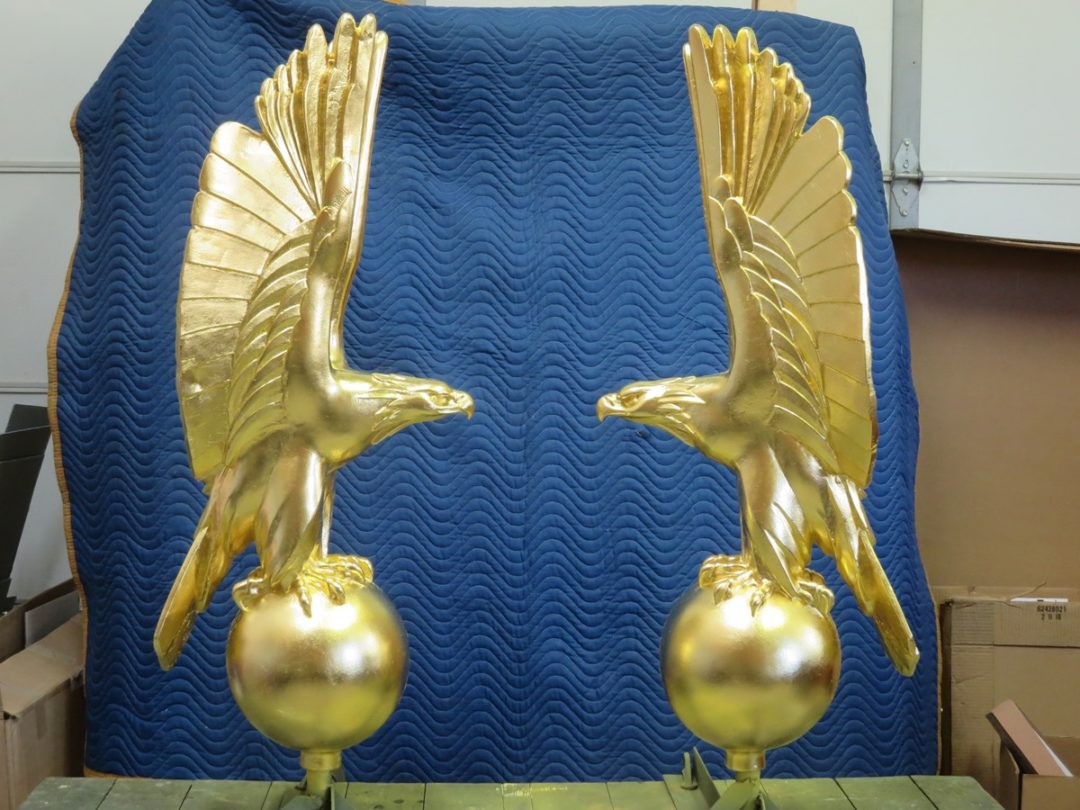