A condition assessment is typically the first step in a conservation treatment. A conservator must consider many things other than how the sculpture currently looks. These include, but are not limited to: the available conservation treatment budget, intended appearance or purpose of the artwork, physical damage and chemical deterioration, environmental exposure, changes in the installation site, and if the original materials and processes are available anymore. All of these factors were considered by Conservator Bob Lodge in performing a condition assessment of Sea Flower, 1978 by artist James Surls. 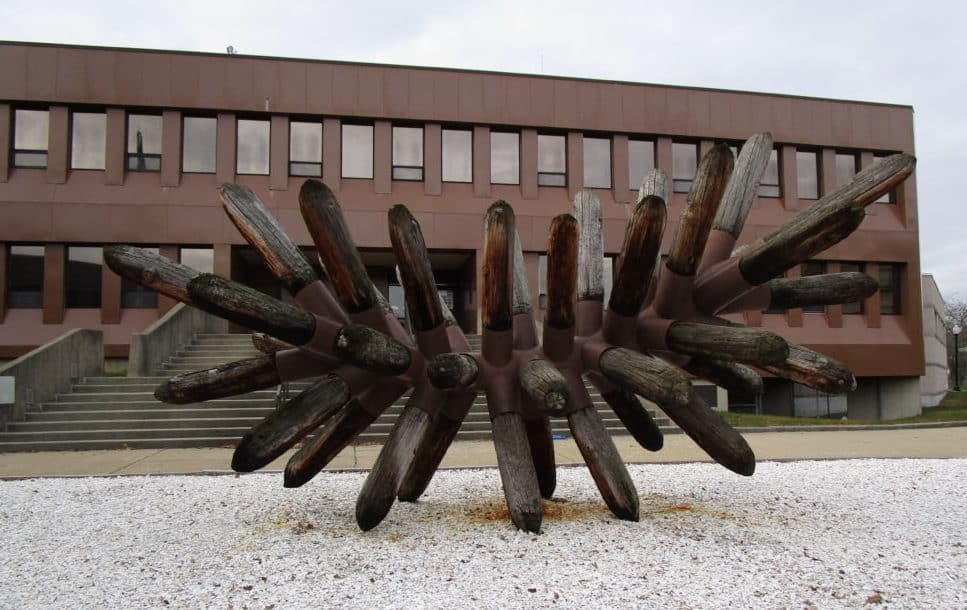 The artwork sits on a bed of white seashells in front of the Hastings Keith Federal Building in the charming sea-side town of New Bedford, Massachusetts. It features large, roughly hewn timbers projecting like spines from a steel collar which is painted a rich brown.  While some have likened the sculpture to that of a sea urchin, the rough timbers also evoke the appearance of dock pilings. Whether it conjures a sense of the harbor, sea creatures, or perhaps something else, the artwork seems perfectly suited for New Bedford, a town with a notable commercial fishing industry and rich history as a once prominent international whaling port.

Jame Surls’ Sea Flower was installed in the late 1970s, and the sculpture was made with materials readily available at the time. For example, the prominent spike or spine-like features are made of round timbers which were coated in Creosote. This coating material is no longer available for public use due to its toxicity.  It has and can be used, however, to protect wood from pests, biological growth, and to provide some color retention. The painted socket also had a primer, once very common as a primer layer for ferrous materials, which is no longer available for public use.

These concerns were solved nearly 20 years ago as part of a conservation treatment under a General Services Administration (GSA) contract awarded to McKay Lodge Conservation. Failing coatings were reduced or replaced and new, more durable and safe coatings were applied. The treatment was a success and lasted nearly two decades, but all materials have a service life, especially when the object in question is constantly exposed to the elements.

In 2018, an assessment was commissioned for the sculpture by the GSA Fine Arts Office. Because of Bob Lodge’s expertise and knowledge of high-performance coatings, he traveled to the Northeast town to perform the outdoor sculpture condition assessment. 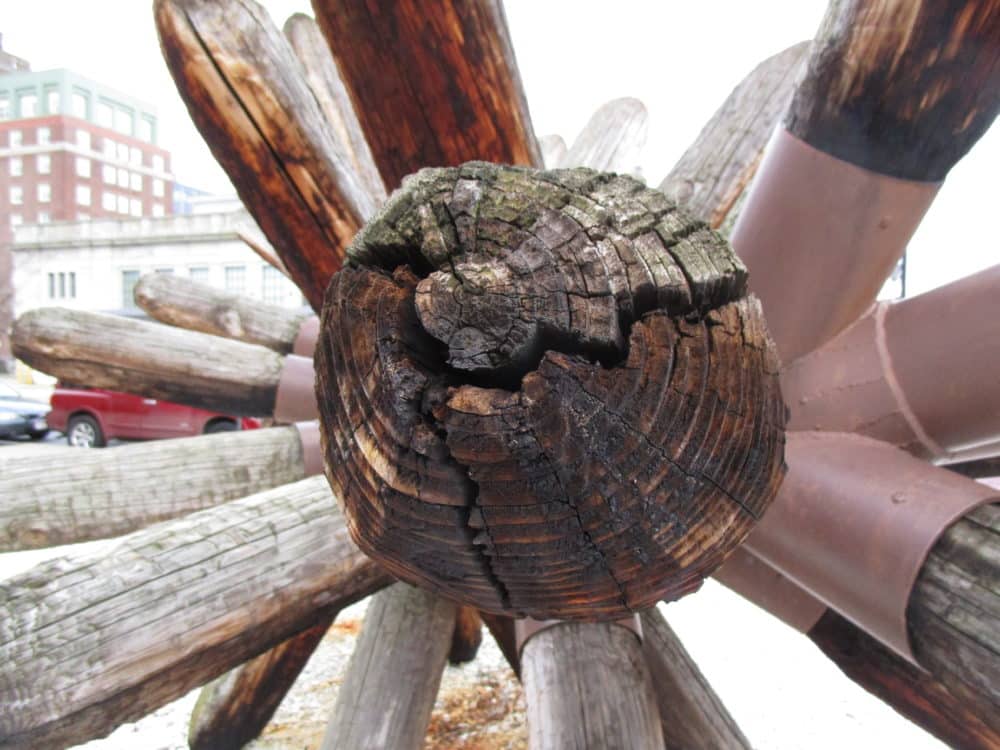 Biogrowth, discoloration, and checking of wood timbers from exposure.

During the inspection, all elements of Sea Flower were examined. First was the wood timbers, some of them had checked further over the years. Some of the timbers had also become loose, likely due in part to visitors climbing on them, but also because of the natural expansion and contraction of the wood due to environmental fluctuations. They had discolored and some biogrowth, seen as a green color on the  surface, which had collected on the upward facing surfaces. 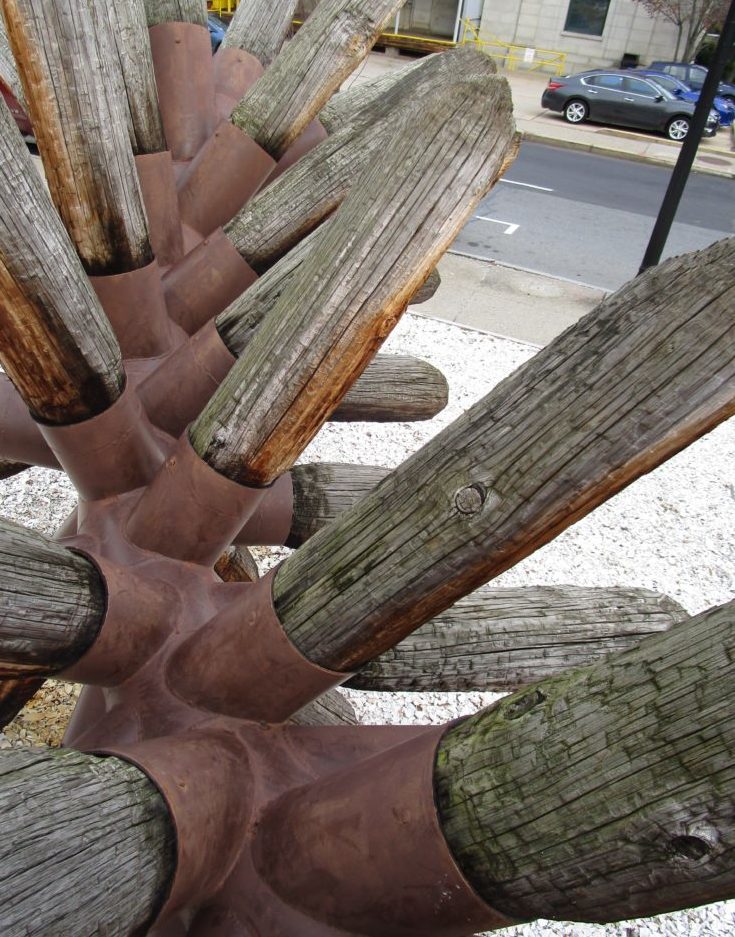 Second, was the painted steel collar. The brown paint on the steel faded and some small areas of rust had formed. The last important part was to ensure the drainage pipe located underneath the sculpture was clear and in working order.

A report discussing the current condition and previous treatment history was produced and provided to the GSA for consideration. Cost-effective maintenance steps and suggestions for future conservation treatment of the outdoor sculpture were included too.

The artist James Surls is still creating new works of art. Texas born and raised, he is now based in Colorado. There he produces artwork, cherishing his life accomplishments such as teaching art at the college level at Sam Houston State Teachers College (1966), Cranbrook Academy of Art (1968) and Southern Methodist University in Dallas (1969 to 1976). He enjoys being part of a number of museum collections as well as many solo and group exhibitions at countless museums and galleries, but also, as described by the artist- the time spent with his wife raising their family.