A team of our architectural materials conservation professionals employees recently completed an Architectural Conservation project at the The Sidney R. Yates Federal Building located at 201 14th Street, SW Washington, DC 20250, next to the National Mall.

For a period of over six months, from November 2016 through May 2017, a varying crew of conservators and assistants from McKay Lodge Conservation Laboratory worked through many “off-hours” nights till dawn to accomplish the cleaning and the repairs of the masonry walls of the Sidney Yates Federal Building’s grand main stairwell, as well as its five stories of steps with their cast iron and polished brass railings. Staff switched out regularly to avoid fatigue, and it was a constant challenge to maintain good lighting for work in the dark night time stairwell.

To speed up the work, a considerable amount of additional equipment had to be purchased to keep multiple people performing the same cleaning tasks simultaneously – principally chemical agents application tools and specialized steamers. In the end, the government’s (GSA’s) total order for the work of $571,150.00 was completed under budget and on time at $541,309.00.

The stand-out red brick Romanesque building was built between 1878 and 1880 and originally housed the Bureau of Engraving. It is now the permanent home of the U.S. Forest Service. In 1999 the building was named in honor of Congressman Sidney R. Yates (1963-1999).

1. Cleaning the walls and the vaulted ceilings of the stairwell and the floor lobbies.

2. Removal of the soiling and staining caused by water infiltration.

4. Repairing the damaged bricks, recreating the missing bricks, and repointing the joints in areas where pointing mortar was missing or failed.

5. Recreating damaged edges of the glazed section of the brickwork.

Views Inside the Work Areas of the Stairwell 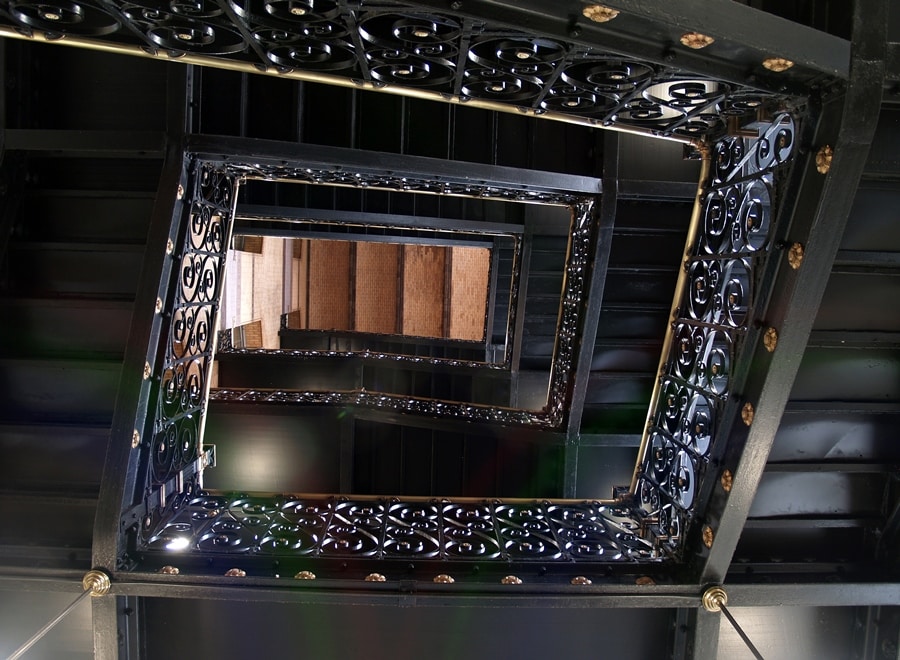 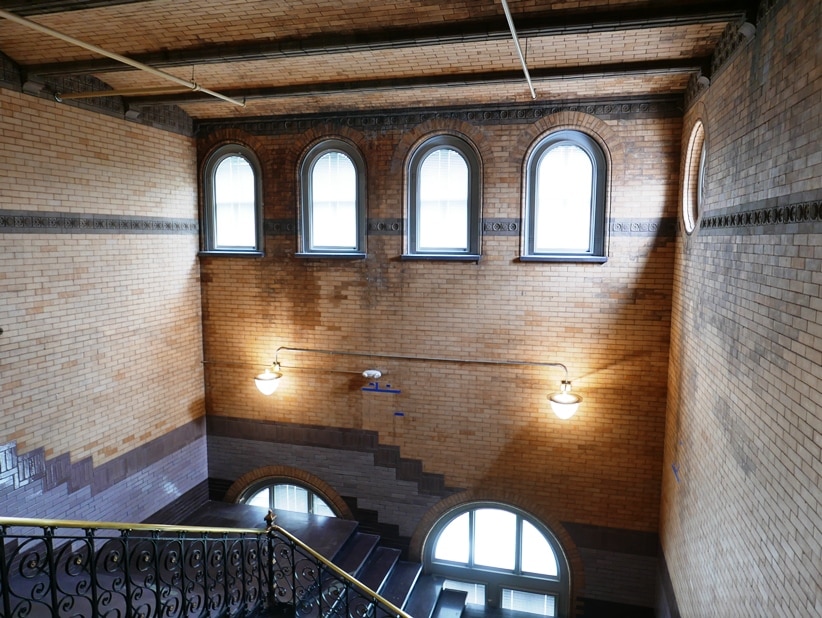 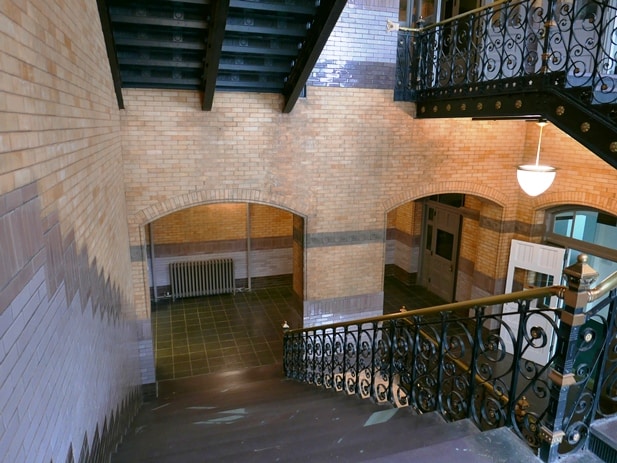 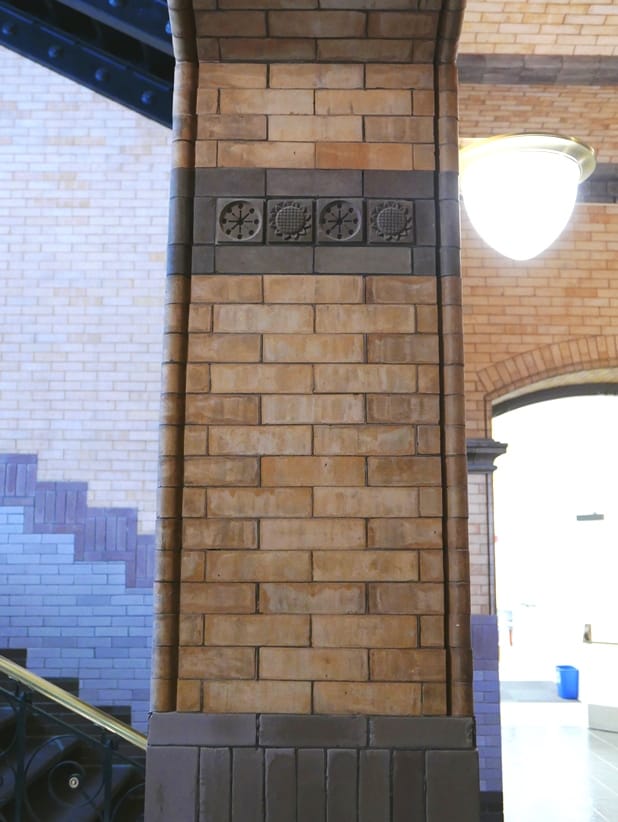 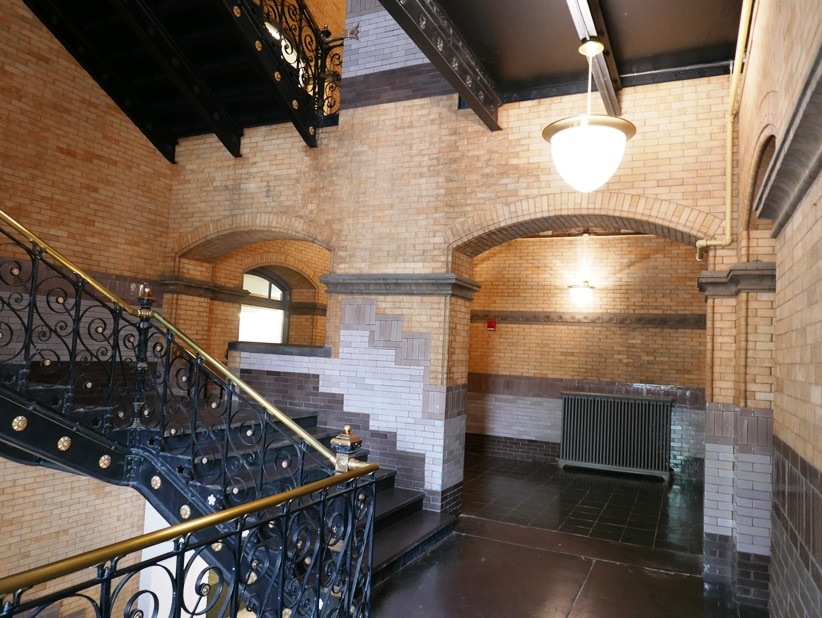