First, a bit about travertine.  Travertine is a kind of limestone that is formed by deposition from mineral springs; especially hot springs. It varies in color from pale beige and tan to orange and rusty brown. The colors have a concentric, layered appearance achieved by the process of rapid precipitation of calcium carbonite. In addition to its use as a building and sculpting material, it is found as wall and floor tiles.

Back to the sculpture in New Mexico: The public art sculpture was originally designed to be a fountain, but technical issues forced the owner to turn off the water flow permanently. Each stone block of carved and polished travertine retained a vestige of its time of being a fountain: a 4-inch hole drilled in the top surface showing the collars of the unused PVC pipes. 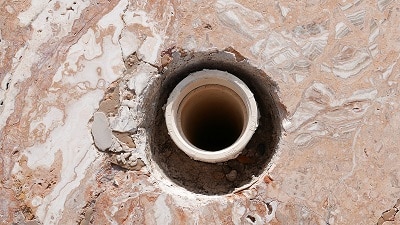 The two main goals of the travertine stone sculpture conservation treatment were: 1) cap the pipes and 2.) to plug the holes with matching travertine.

After the collars were removed, the pipes were capped with PVC caps using a PVC primer and cement.  Disks of travertine which Pikus sourced from a stone quarry, were installed with an epoxy adhesive and the gaps between the disks and the edges of the holes were sealed with color-matched marble restoration mortar.  The conservation treatment also included removal of efflorescence from the stone surfaces on the sides of the blocks, patching the largest voids and losses, and injecting any cracked stone with an acrylic dispersion to act as a consolidant. 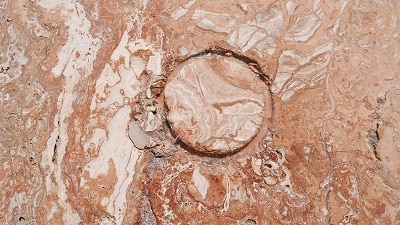 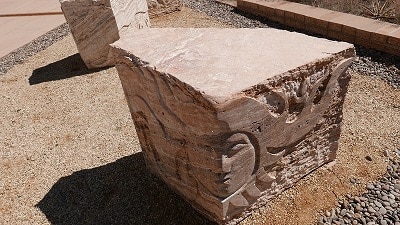 Recommendations for maintenance on this outdoor sculpture are minimal. The appearance should be evaluated every year though no major issues are expected to occur. Periodic washing with water and synthetic scrub brushes should be performed whenever necessary. No solvents of any kind should be used on the top surfaces where the epoxy fills are installed.