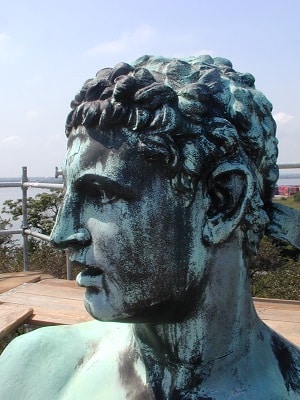 In October 2000, McKay Lodge, Inc. completed the conservation treatment on the bronze and stone monuments at Fort McHenry, Baltimore, Maryland. The work was performed under the direction of Nancy Kurtz, Monuments Survey Administrator for the Maryland Historical Trust and the Maryland Military Monuments Commission. The park contains many large monuments and the largest of them treated during this conservation project was the colossal figure of Orpheus, in bronze, by Charles Henry Niehaus. This monument was erected in 1922. It stands in tribute to Francis Scott Key, the author of “The Star Spangled Banner,” as well as to the soldiers and sailors who participated in the Battle of North Point and the attack on Fort McHenry in the 19th century. Niehaus (1855-1935) was an extremely popular sculptor in the United States who sustained the interest in neoclassicism.

Work on the Orpheus monument entailed cleaning and removal of remnants of a pigmented coating on the bronze, repairs to the metal with phos-copper brazing alloy, hot waxing, and cleaning and re-pointing the stone base.

At the invitation of the National Park Service, conservator Thomas Podnar will work with a park officer in implementing the first annual maintenance of Orpheus in April 2002. 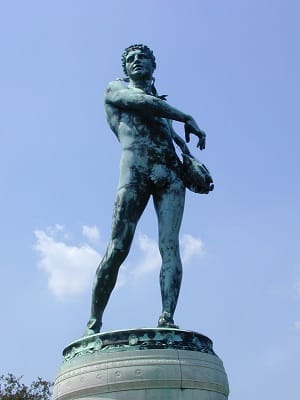 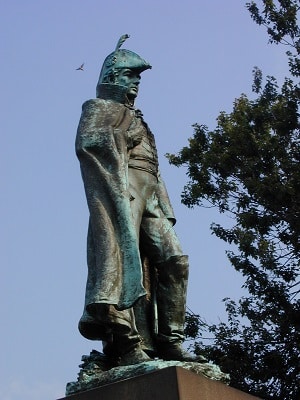