The Jaume Plensa sculpture, TALE TELLER VI, recently required a little “rescuing” by Senior Conservator of Sculpture, Thomas Podnar. The sculpture is a part of the of the Charles B. Hayes Family Sculpture Park at the Snite Museum of Art located in a public space on the campus of the University of Notre Dame. 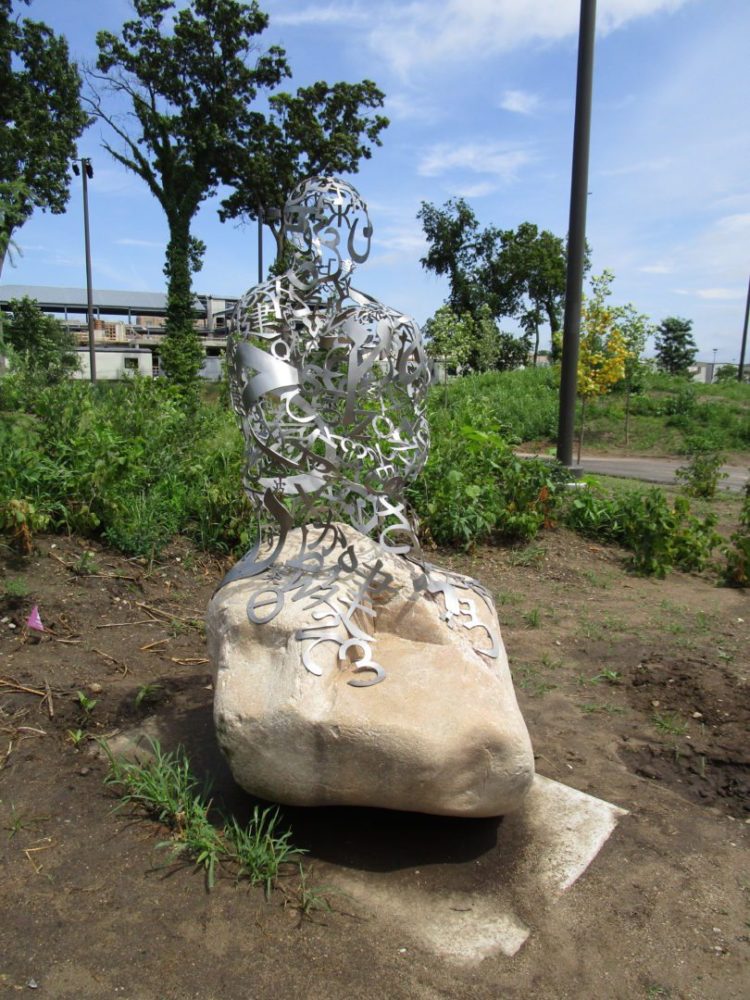 The Jaume Plensa sculpture, made of stainless steel, is a seated figure on a stone base, composed of letter forms in different languages. These letters are cut from 1/8 inch stainless steel plate in varying sizes, then formed and welded together to create a three-dimensional form.

The stainless steel artwork; however, recently sustained damage which bent several elements, and it was in need of conservation treatment to return the Plensa sculpture to its original shape. As a result of the damage, the major form of the head was slightly askew, and one of the head supporting letter forms was critically bent.

The sculpture traveled from the University of Notre Dame to the McKay Lodge Lab facilities for treatment. Major force would be required to move the springy forms of Jaume Plensa’s TALE TELLER VI back into alignment.

The Jaws of Life was a perfect solution.

The Jaws of Life is typically a special mobile kit of hydraulic force jacks, wedges and adaptors used by emergency rescue units to extract victims from crumpled vehicles in motor vehicle accidents. 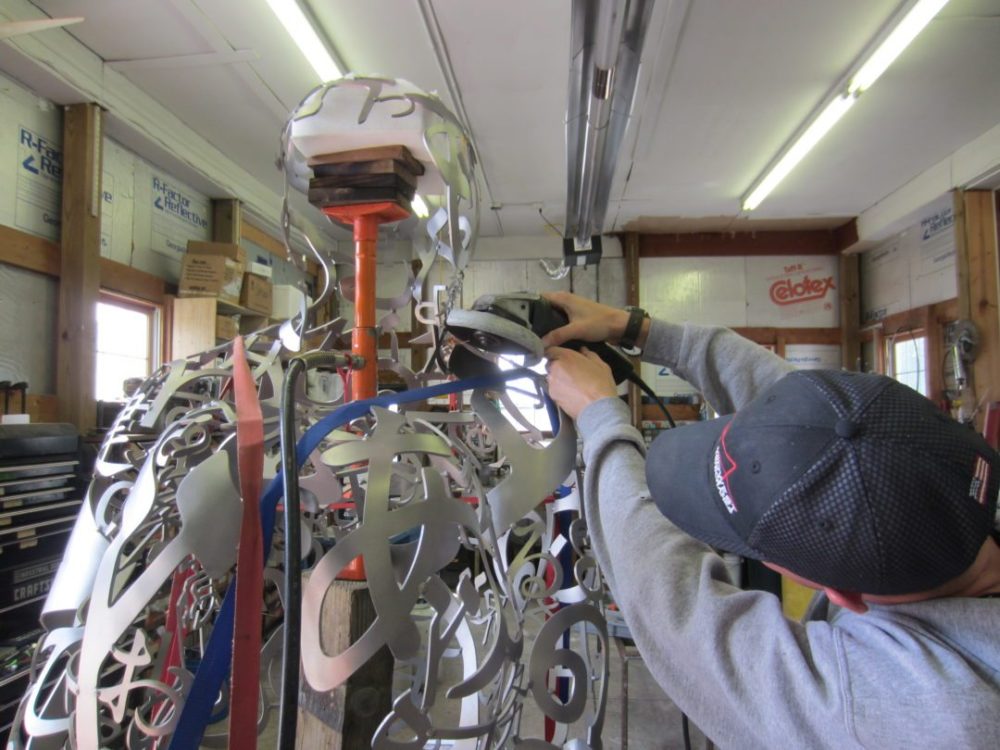 In this case, we can implement the same tool to treat the sculpture. The artwork was first strapped to a supporting surface to immobilize it. The Jaws of Life were placed within the form, and then vertical hydraulic force was carefully applied to the underside of the head. As the head was brought into the correct alignment, the critically bent letter form was cut out in order to reform it into its original position.

Once the bent letter had been reformed, it was TIG welded back into position. The newly welded areas needed to be textured to match the original finish of the artwork. Areas of repair were air-abrasive cleaned with the identical pressures and glass bead media used by the sculptor to recreate the original surface. 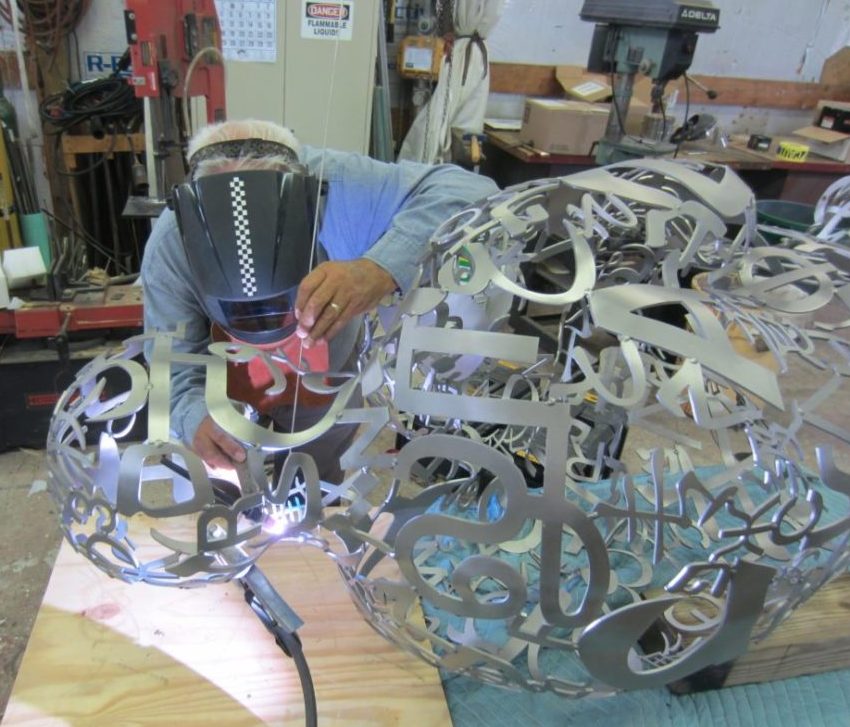 The artwork will be reinstalled on its original stone base for the reopening of the Charles B. Hayes Family Sculpture Park in the fall of 2017.